Canada And The Great War: The Battles

Canada And The Great War: The Battles focuses on the main ground campaigns Canadians fought in from early 1915 through to victory in 1918.

By August 4, 1914, war had come. German troops had crossed into Belgium to invade France; Britain would stand by its 1839 treaty obligations to preserve Belgian neutrality. And when Britain was at war, Canada was at war. That was true legally, but also emotionally. For Canada’s overwhelmingly British population, it was an article of faith.

It mattered little that the nation wasn’t prepared for war. There was no Canadian air force and the Canadian navy, established only in 1910, had just two old training cruisers and fewer than 400 all ranks. The army was scarcely more formidable. The Permanent Force, authorized in 1904 at 4,000 all ranks, had barely 3,000 men in the spring of 1914. The Non-Permanent Active Militia, Canada’s part-time citizen-soldiers,was authorized at 60,000, but there were just 40,000 men enrolled in militia units scattered across the country.

Those units varied dramatically in quality, level of training and dedication. Some large urban regiments—the Queen’s Own Rifles of Canada, the Royal Highlanders of Canada, the Princess of Wales’ Own Regiment—were prestigious social organizations whose splendid uniforms and regular travel for manoeuvres attracted the best and brightest young men. In other units, especially in rural Canada, soldiering was less a matter of social distinction than a recreational opportunity. Although weekly training nights struggled to attract volunteers, annual summer manoeuvres usually drew good numbers because young men relished the opportunity to gallop or hike around the countryside in sham battles. But over that first weekend of August, what had once been great fun became deadly serious and during the next four years Canadians would distinguish themselves in battle after battle amid the horror of the Western Front.

Every officer should “buckle on his harness and get busy”

On Sept. 20, 1914, the largest army that Canada ever fielded passed in review at Valcartier, Que. A crowd estimated at 30,000 strong cheered as Canada’s new military might was shown off: 25,000 soldiers, 2,000 horses, ammunition wagons, cyclists, all the engines of war.

As the shell burst moved toward the Canadian front, a dense yellowish-green cloud could be seen drifting toward the French positions—chlorine gas. Within the hour, Algerian soldiers began to fall back in disarray, gasping and coughing as they tore at their throats.

“Trenches were hip deep in water, parapets had oozed away…”

Over the winter of 1915-16, the Canadians experimented with a new kind of operation that intended to keep the enemy off balance: the trench raid. The first raid had been launched by the PPCLI in February 1915, and on the night of Nov. 16-17, 1915, the new Canadian Corps mounted its first raid.

“Watch in hand, I waited for the exact second.”

On a landscape in which the slightest knoll offered great tactical advantage, Vimy Ridge was of a different order entirely. From its highest point, identified on military maps as Hill 145, one could see across the Douai Plain to the east. By taking a few kilometres of ridge line, the Canadians could establish control over a vast area.

If the Somme has become the quintessential symbol of futility in the Great War, Passchendaele stands for misery. One imagines only mud, uninterrupted for kilometres in all directions save for the clutches of infantrymen squelching through the slime.

“Just before daybreak, all hell seemed to let loose.”

As the leading battalions left the trenches, some 900 guns unleashed a savage barrage. The Germans were caught flat-footed and defensive positions melted away under heavy pressure. In carefully planned movements, fresh battalions came up to replace spent ones so the advance could continue. 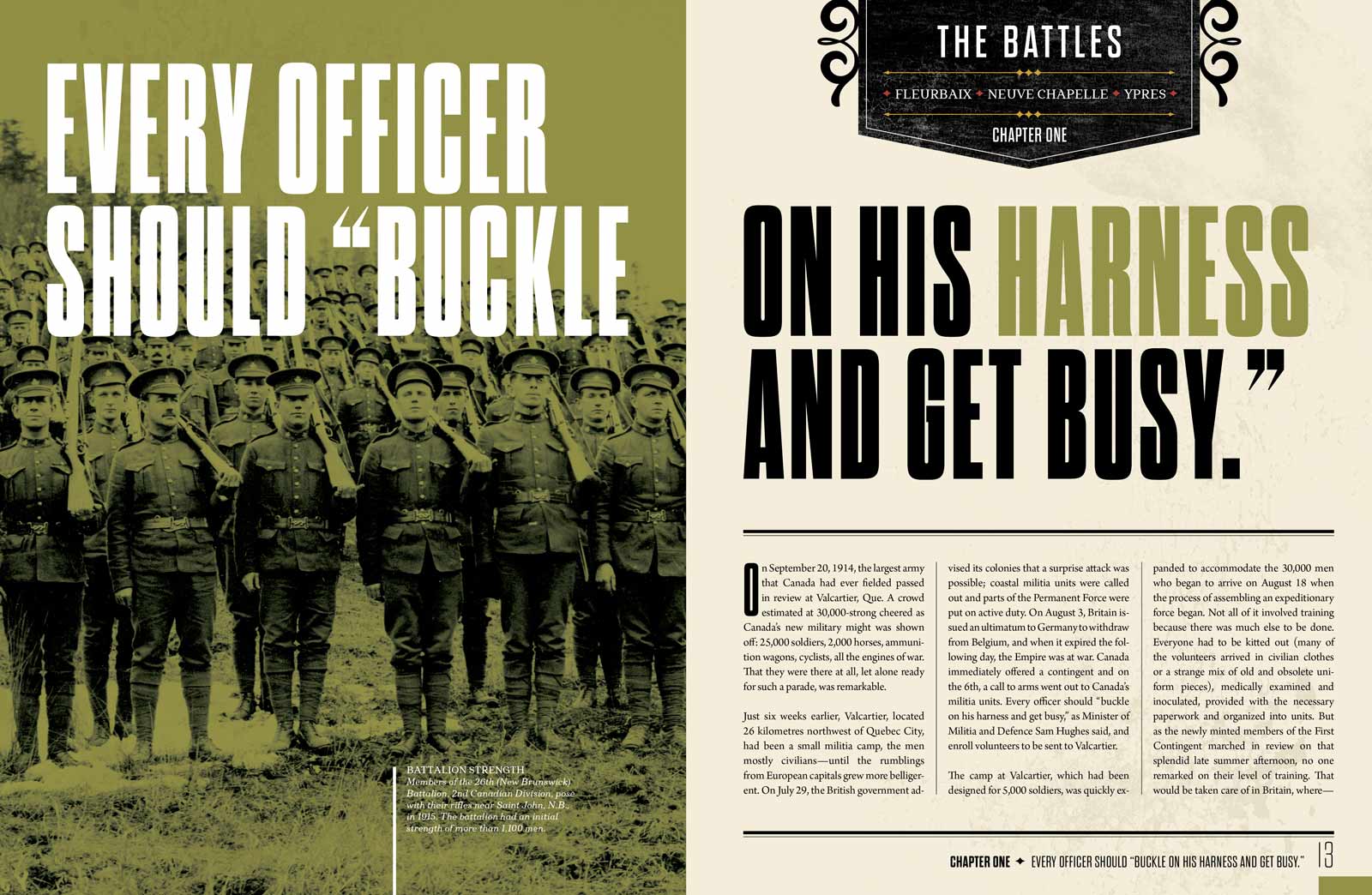 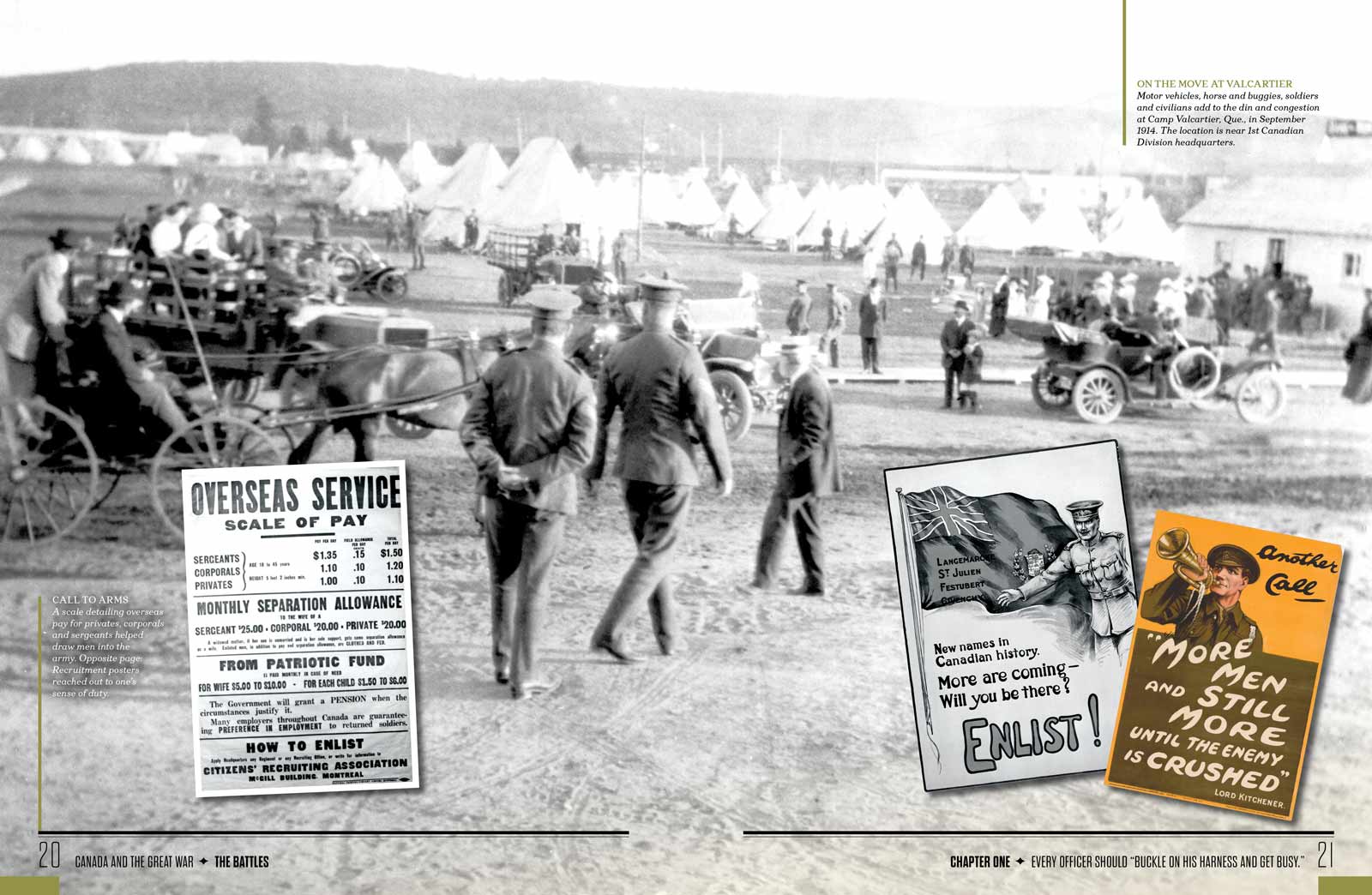 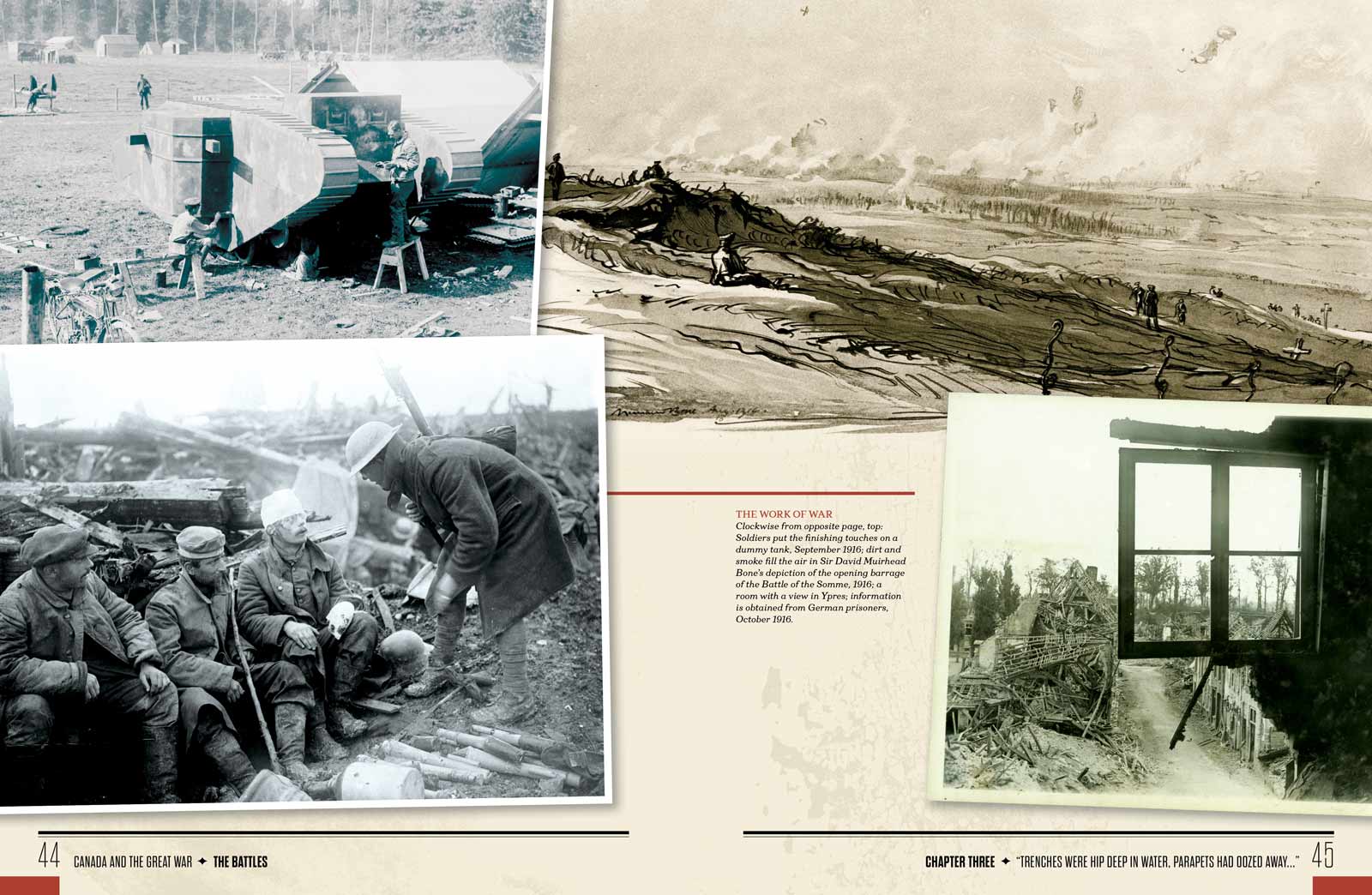 Canada And The Great War: The Battles