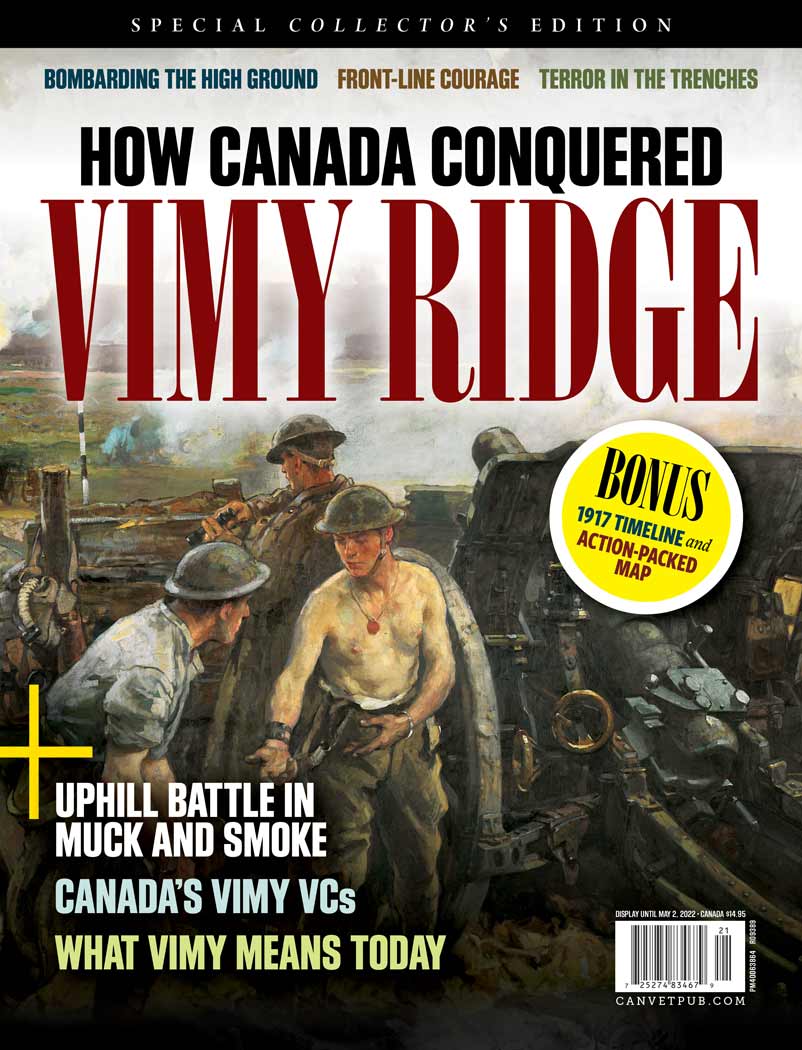 The Great War had been raging for nearly three years by the time the Canadian Corps stormed and captured Vimy Ridge in April 1917. “How Canada Conquered Vimy Ridge” explores why the battle is considered by many historians as a defining moment for our country, detailing the path to victory, the reputation Canadian troops garnered from it, and the importance it still holds today in our national identity.

The French appoint Robert Nivelle commanding general and chief planner in the west in late 1916. He promised a decisive spring offensive that would bring an immediate end to the war—a series of French attacks along the Chemin des Dames and a British offensive, including the Canadians, east of Arras.

The Western Front ran between the Marne River in the south and Ypres, Belgium, in the north. The town of Arras and nearby heights, including Vimy Ridge, lay directly in the path between the two points. A series of costly offensives by French and British forces won ground but failed to wrest Vimy from the Germans. The Canadians began arriving in the British sector in late 1916.

The Battle of Arras and the job of capturing Vimy Ridge began during the damp winter months of 1916-17 as the Canadian Corps, assembled in its entirety for the first time, grappled with back-breaking work compounded by daunting logistical challenges, both above ground and below.

Nearly 1,000 artillery weapons and trench mortars bombarded enemy lines as the first waves of infantry began their advance at 5:30 a.m. on April 9. Some reached enemy trenches before their inhabitants had emerged from their dugouts. Some achieved their objectives in less than an hour; others fell victim to friendly fire. Despite heavy losses all along the corps’ front, the attack went according to plan.

The last objective lay at the Canadian Corps’ extreme left flank. The job of taking the Pimple fell to the 4th Division’s 10th Brigade, which had been forced to delay its attack to April 12 by heavy fighting for Hill 145. One German described the scene as a “bursting hill of death” across a stormy 900-metre front. The Germans were taken by surprise and the fighting was over in hours.

While the achievement was great, so too were the staggering costs. The Canadian Corps lost nearly 3,600 soldiers, with more than 7,000 others wounded, on April 9 alone, its bloodiest day of the entire war. The pace of losses compared to the lagging rate of recruitment gave gravity to calls at home for conscription, an impassioned debate exacerbated by the country’s French-English divide.

The Easter battle at Vimy Ridge captured the imaginations of Canadians almost immediately after reports of the victory were published. Ottawa’s decision to locate its main war monument on the ridge itself—a matter of debate among veterans—came to indelibly shape public views of the battle. A matter of myth and memory, Vimy has at the very least, come to symbolize the country’s coming of age. 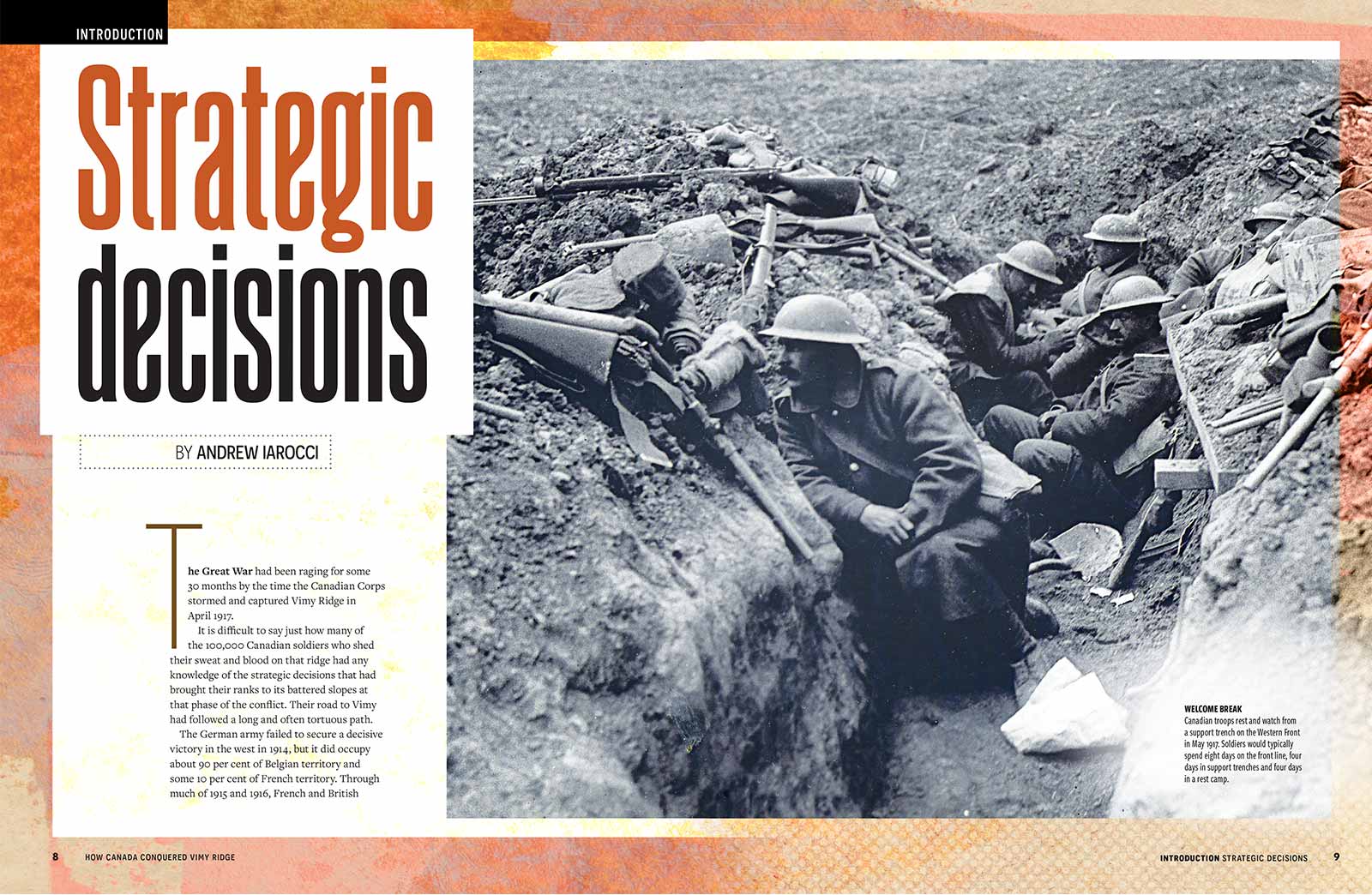 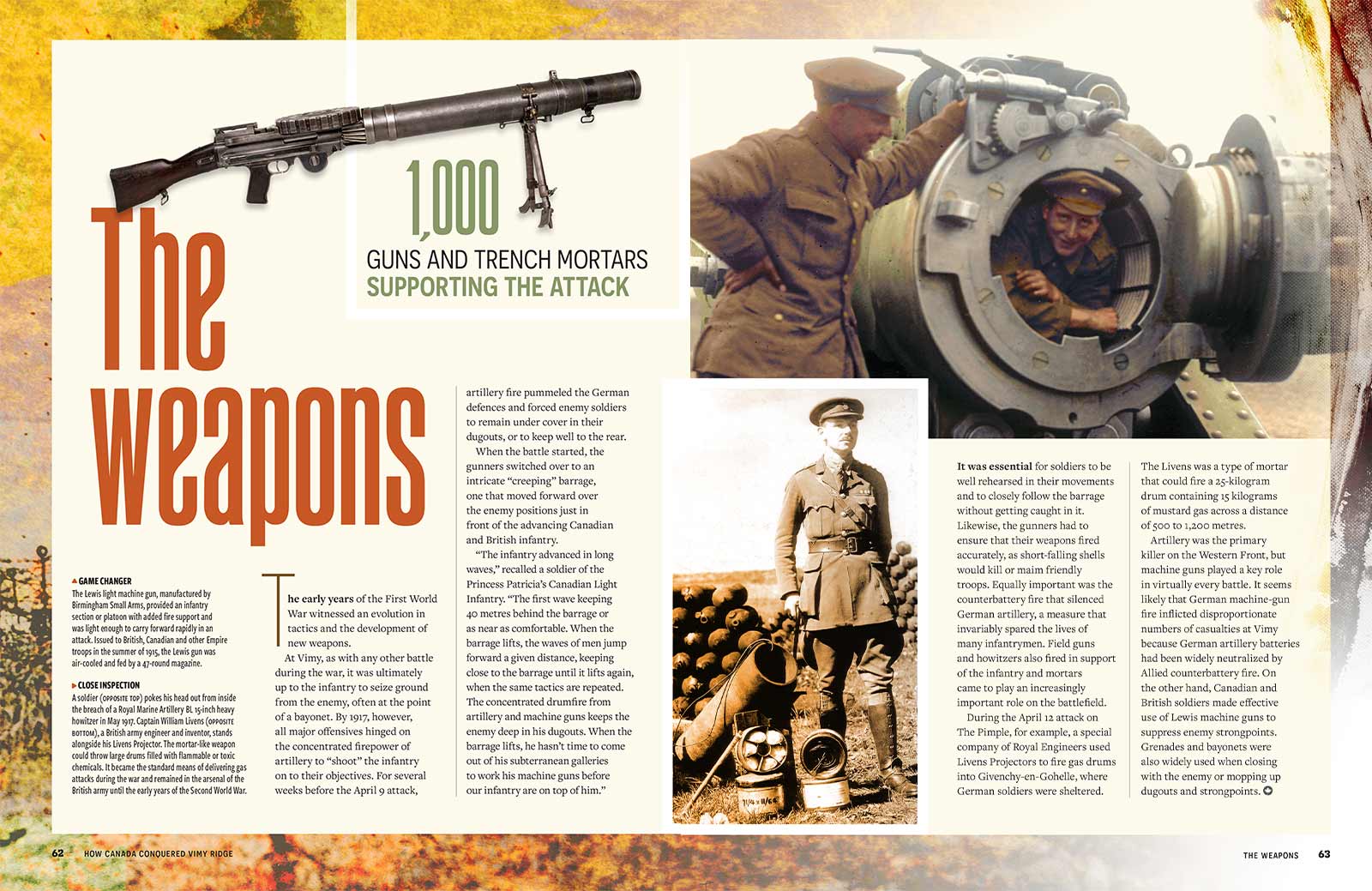 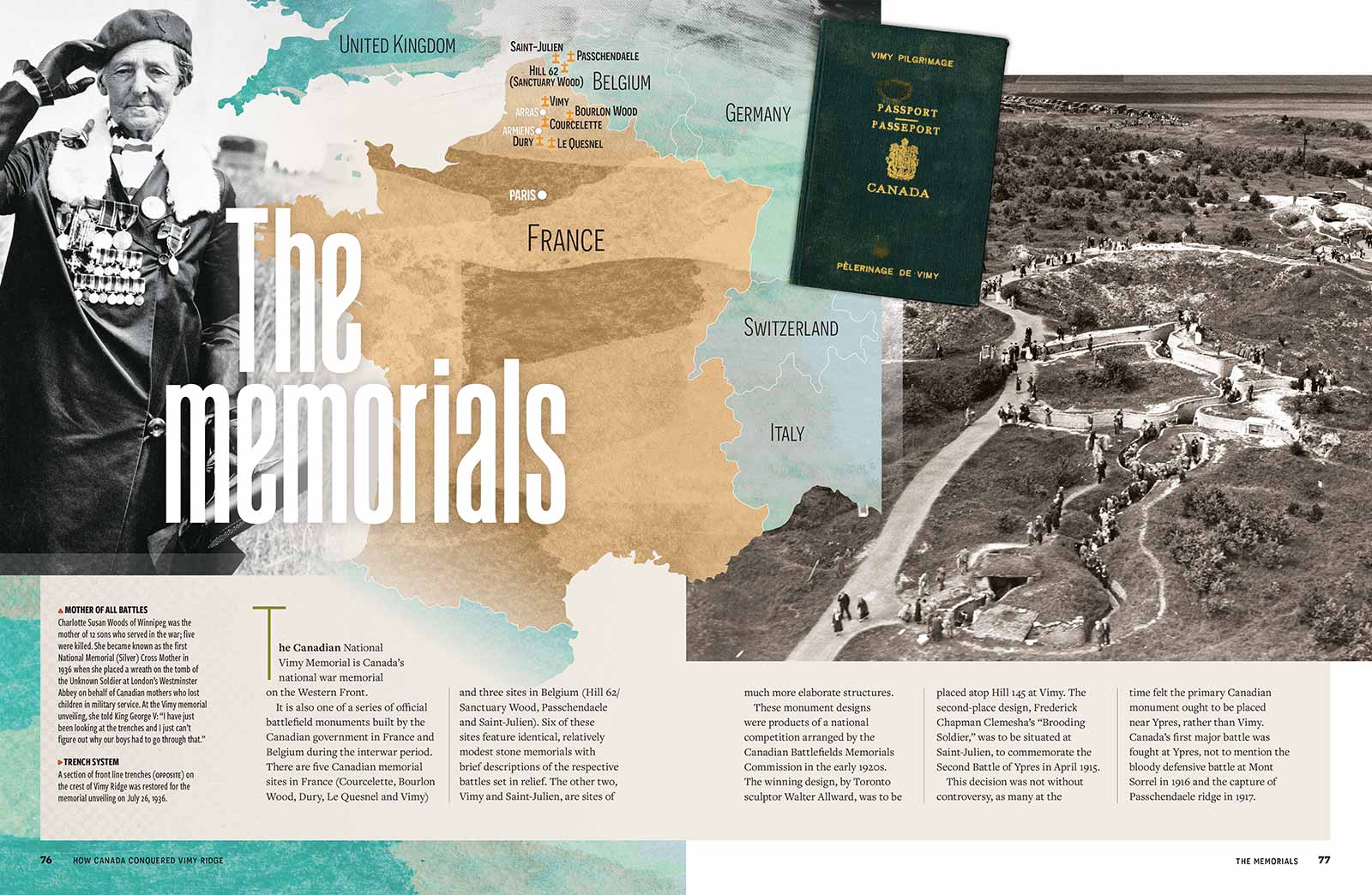