Canada and the great war: Liberation

By mid-October 1918, Canadian units were pushing the Germans back after inflicting a momentous defeat on the Kaiser’s forces in Cambrai, France. The Canucks bled for that victory, but it broke the back of the enemy defences, delivering a fatal blow to their immobile logistical system of roads and rail lines.

A war of liberation

The fight to free the oppressed of Western Europe stirred many to action. It was the primary cause for some, but more likely one of many emotional reasons that impelled Canadian men to leave their families and communities to go overseas.

The Canadian Corps was well prepared to defend against the German attacks in the spring of 1918 that restored mobility on the Western Front. The Allies recovered from the stunning blow and then slowly ground out the enemy offensive. Canadian participation in the Hundred Days campaign was the most important and impressive contribution to the Allied victory.

Amid the celebrations throughout Canadian Corps’ zone of liberation, there were also roads clogged with the pitiful sight of refugees returning home after years of having their farms and dwellings occupied by German soldiers. Carts were piled high with possessions, some with a toddler sitting on top like a cherry.

From Oct. 11 until the Canadians faced off against the Germans in their last set-piece battle at Valenciennes on Nov. 1, they had freed at least 70,000 French civilians in a relentless advance. General Arthur Currie understood that his infantry had been pushed hard, but he also knew that his corps had one more battle in it.

Why were the liberators forgotten?

Most “returned men,” as the veterans were often known, settled down. Others went adrift, suffering from physical and mental wounds, and unsure of their future. The liberation idea was not marked with memorials; it was not an idea that led to intense debate about the nation-building or rending effects of the war.

What does it mean to return a people their freedom? With bayonets and shells, the Canadian shock troops restored dignity, pride and liberty. They did not do it alone, but they punched far above their weight. More than 100 years later, we might restore the idea of liberation to the memory of Canada’s Great War. 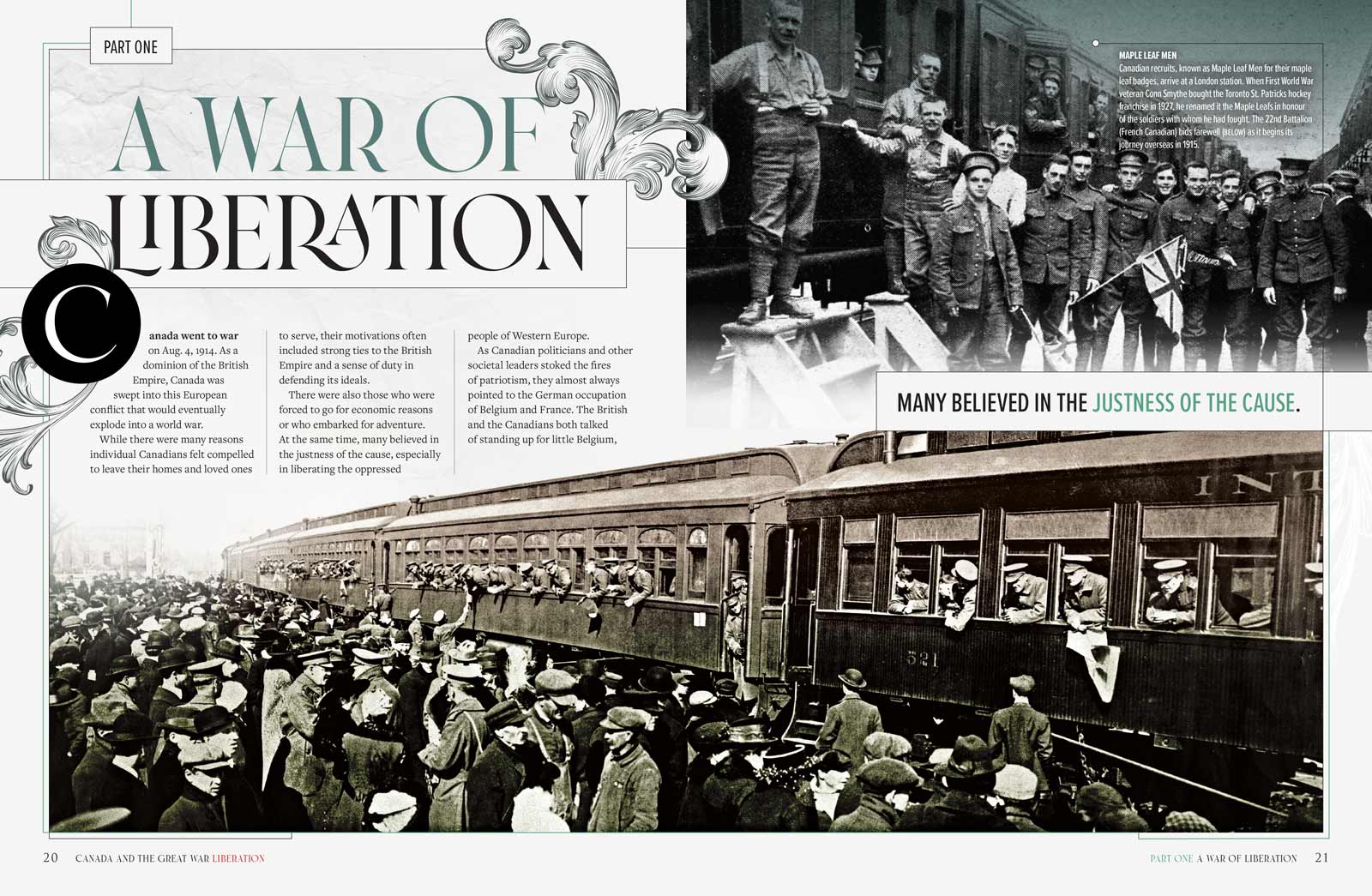 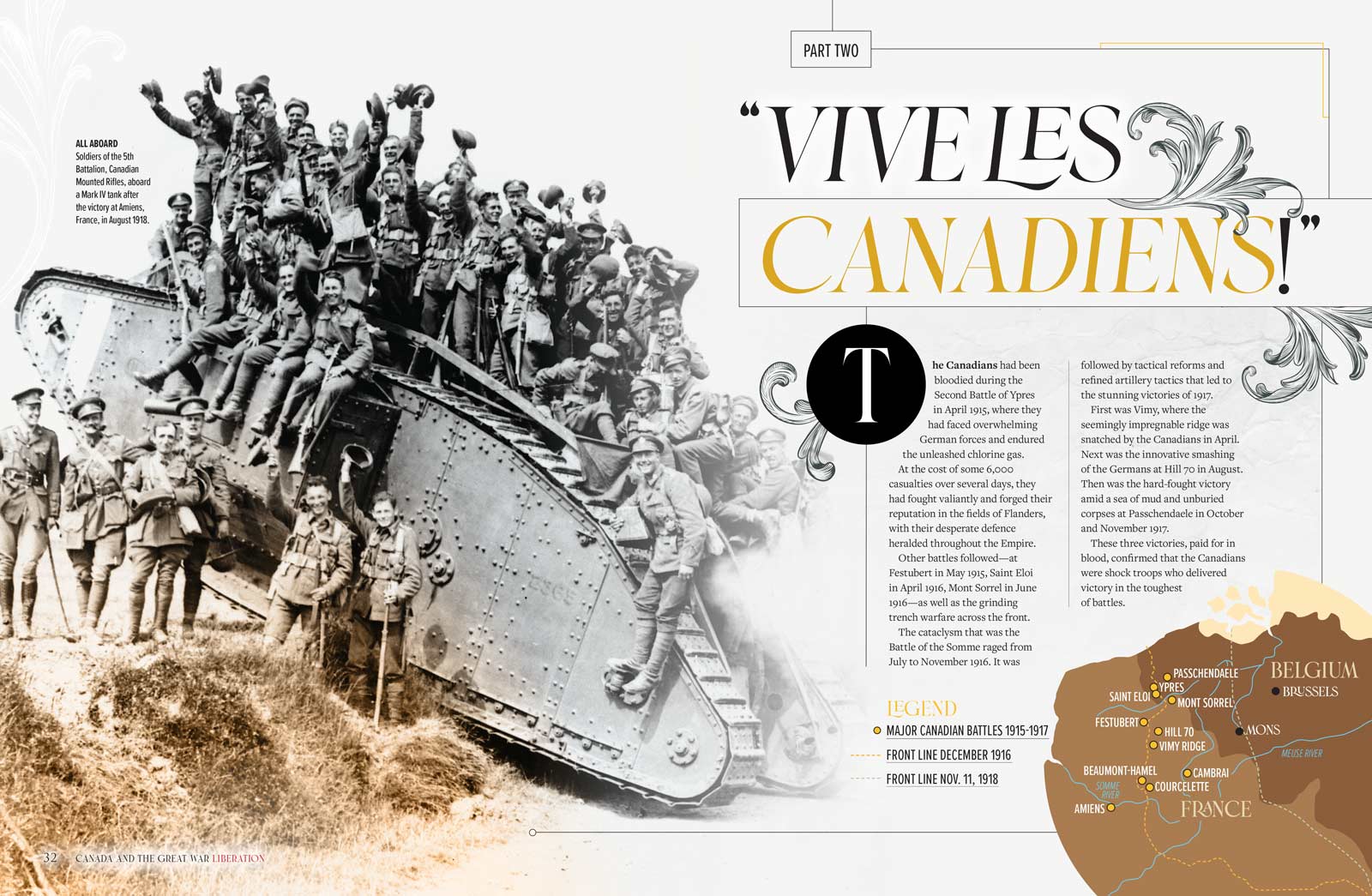 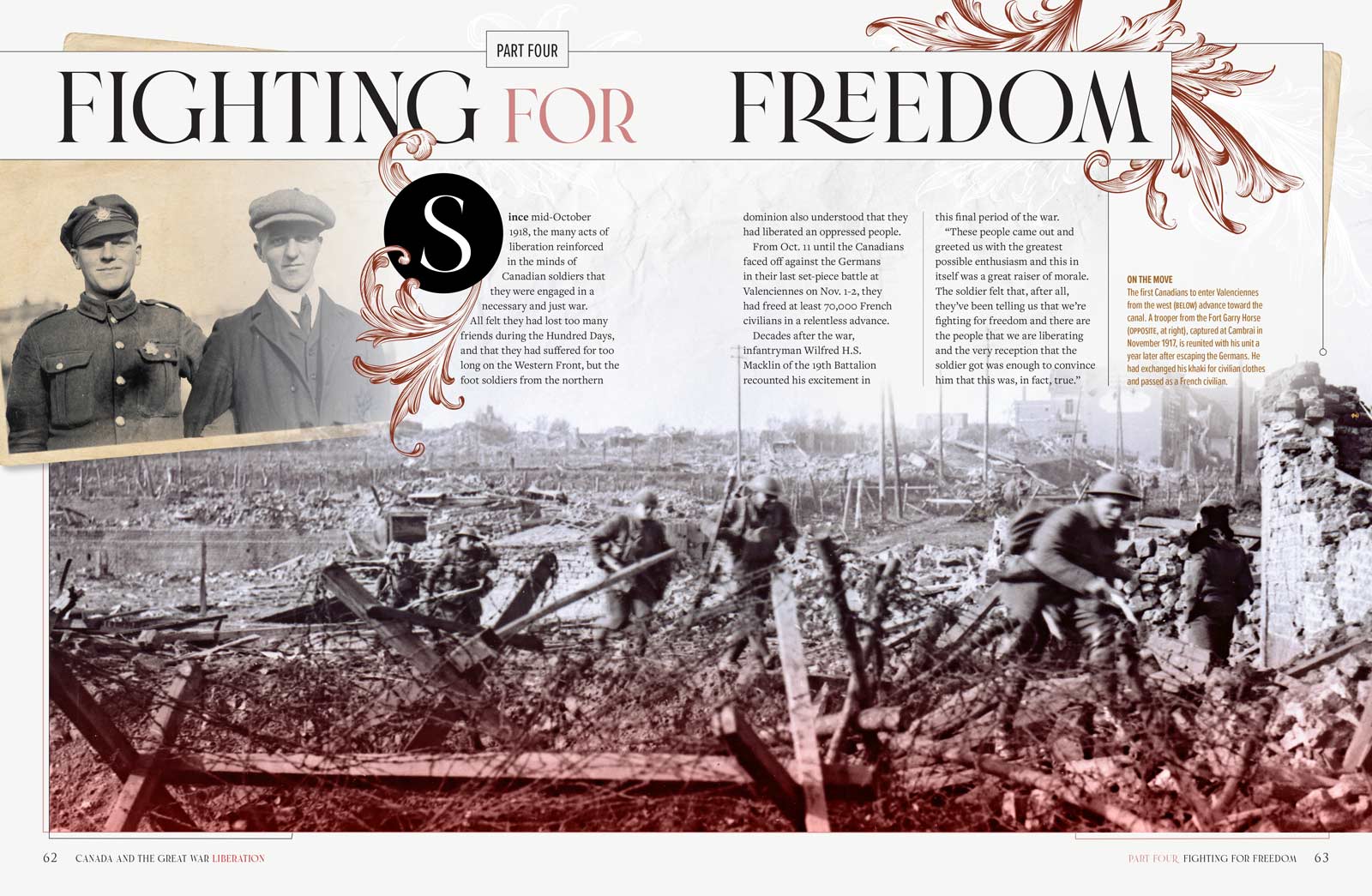 Canada and the Great War: Liberation