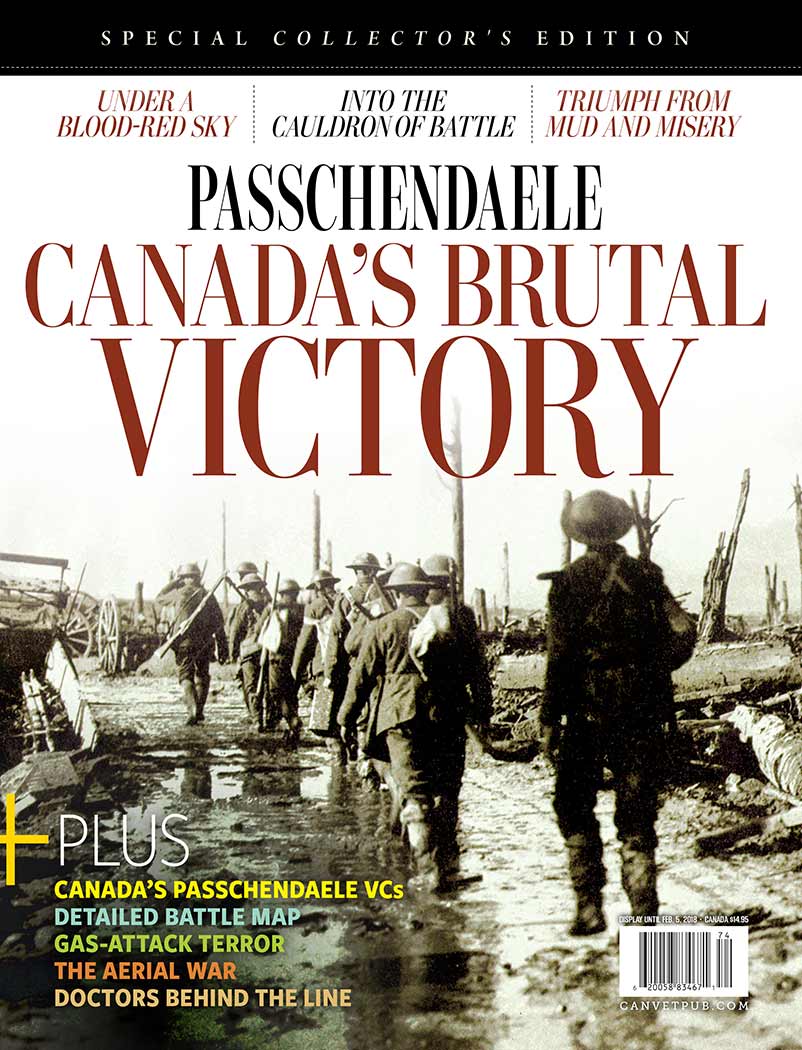 Passchendaele slithers off the tongue like some reptilian creature’s name. The word for the 1917 battles east of Ypres, Belgium, represents a legacy of loss and repulsion. The forlorn and shell-eviscerated combat zone in Flanders was embattled throughout much of the war, and was a particularly vicious cockpit for the Canadians.

“The Ypres sector was ever the deathtrap of the Canadians, and Passchendaele seemed the culmination of it,” wrote J.N. Gunn, who wore the Distinguished Service Order and served with No. 8 Canadian Field Ambulance.

In the fall of 1917, the soldiers who floundered in the ruined and shattered landscape faced endless craters, mud that trapped the living and the dead, and thousands of foul animal and human corpses. This menacing warscape was the place where armies went to die.

Coming off the bloodletting of the Somme from July to November 1916 and the equally costly Battle of Arras from April to May 1917, British commander-in-chief Field Marshal Sir Douglas Haig hoped to strike at the Germans, attrite their armies, and hurl them into headlong retreat. With German U-boats marauding in the open seas and sinking crippling numbers of merchant ships from early 1917, a new push in Flanders would also overrun the U-boat pens along the North Coast.

The French offensives of April and May had left Haig’s Gallic allies reeling, and the horrendous casualties that numbered almost 200,000 caused mass demoralization in the French Army. About a fourth of the French forces had mutinied, refusing to attack but still holding the line. Italy and Russia had suffered severe blows too, with Russia seething in revolution and the Italians finding little success in their series of battles with the Austrians along the Isonzo River, which flows through western Slovenia and northeastern Italy. Even with the United States in the war since April, but having sent only a handful of divisions to the front, Haig felt the need to attack to relieve pressure on his allies.

With equal parts optimism and desperation, after almost three years of war and millions killed and maimed, Haig hoped that this last push would shatter the enemy’s will to fight. In this great cauldron of battle, the Passchendaele campaign would draw in much of the British army, including Australians, New Zealanders and Canadians, in the elusive pursuit of victory. It was to be a ghastly horror show.

In 1917, fresh infantry divisions were fed into the grinding gears of battle in Flanders. The New Zealanders lost 845 men in one day. The Australians suffered 38,000 casualties. Field Marshal Earl Haig needed a victory, so he turned to the battle-hardened Canadian Corps.

Readying for the nearly impossible

Infantry platoons of 45 or 50 men were divided into four fighting sections, with riflemen forming the bulk of the combatants. They were supported by grenadiers, who threw or projected grenades and Lewis machine gunners who could fire hundreds of bullets per minute.

A bloody day on the battlefield

Oct. 26 was a bloody day of battle. The Canadians pulled themselves out of the porridge-like mud in the face of tremendous German resistance. The Bavarian defenders had all the advantages.

Under a blood-red sky

The battle extended into the next two days, with many small-unit engagements along the front. There was another determined push by the Canadians to capture Decline Copse, which succeeded after many lives were lost.

As zero hour approached—6 a.m. on Nov. 6—about 3,500 infantrymen attached bayonets to their Lee-Enfield rifles. Extra grenades and Lewis machine-gun pans were circulated to the men for the coming battle. And then the guns roared. 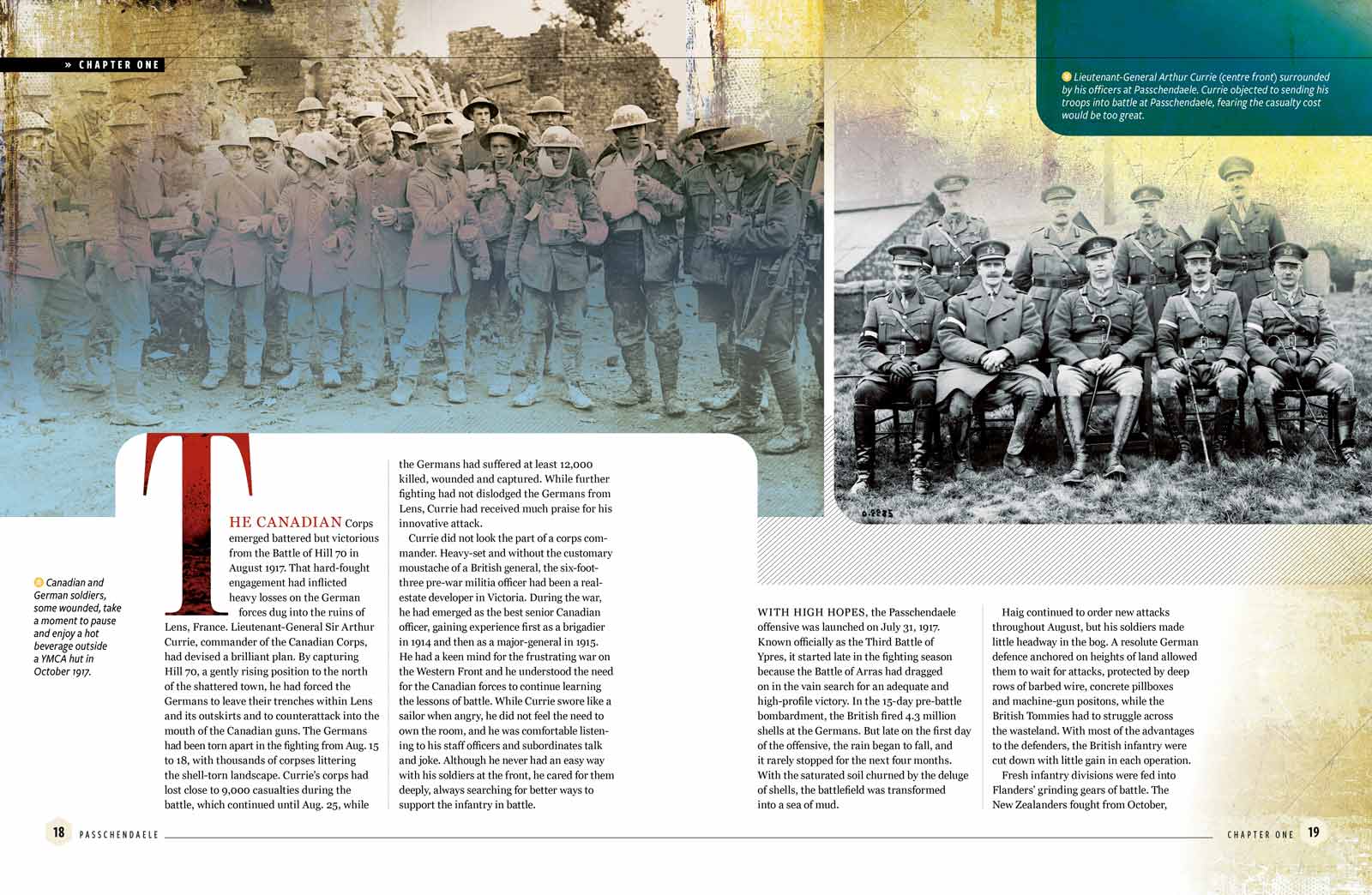 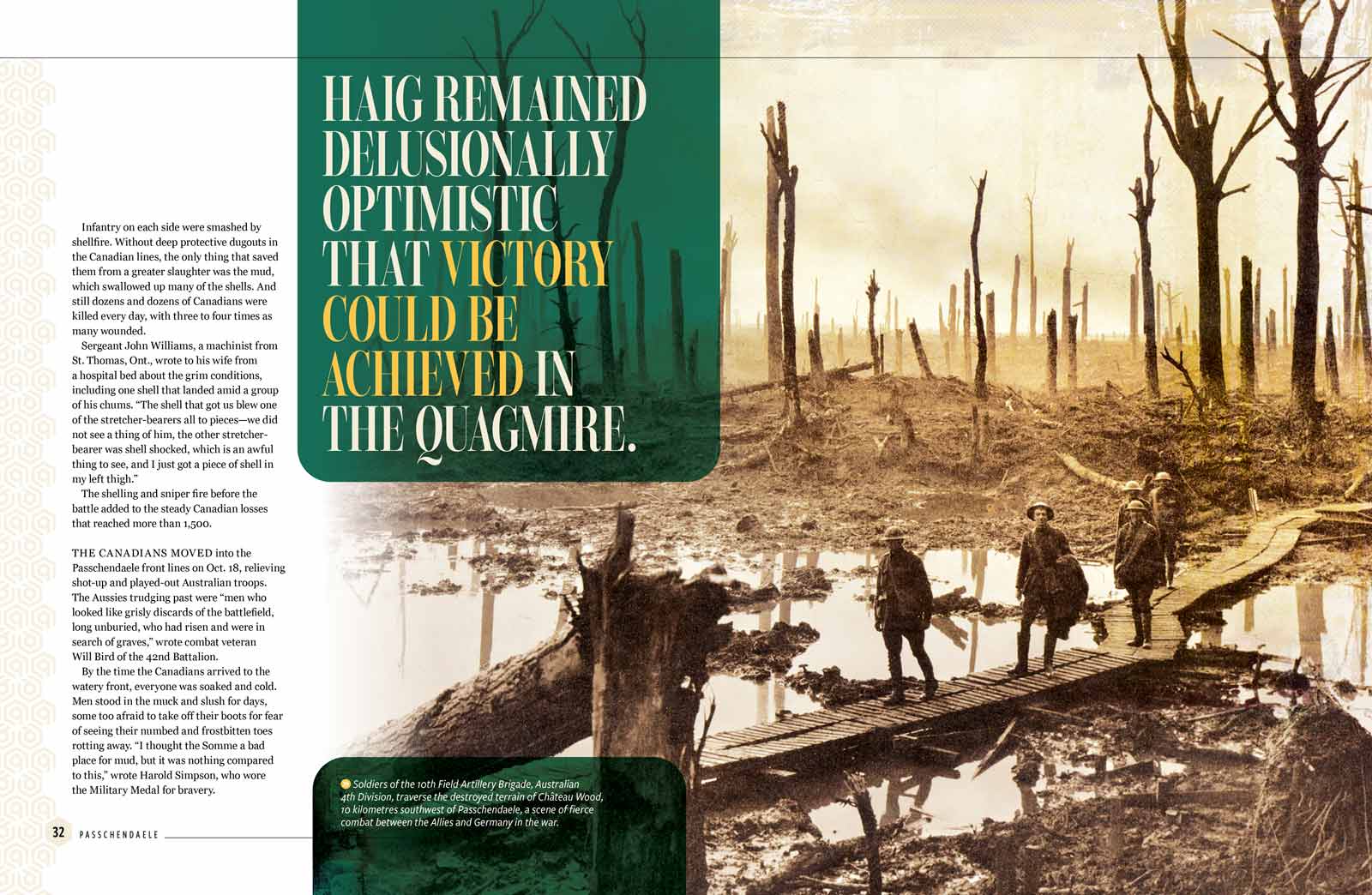 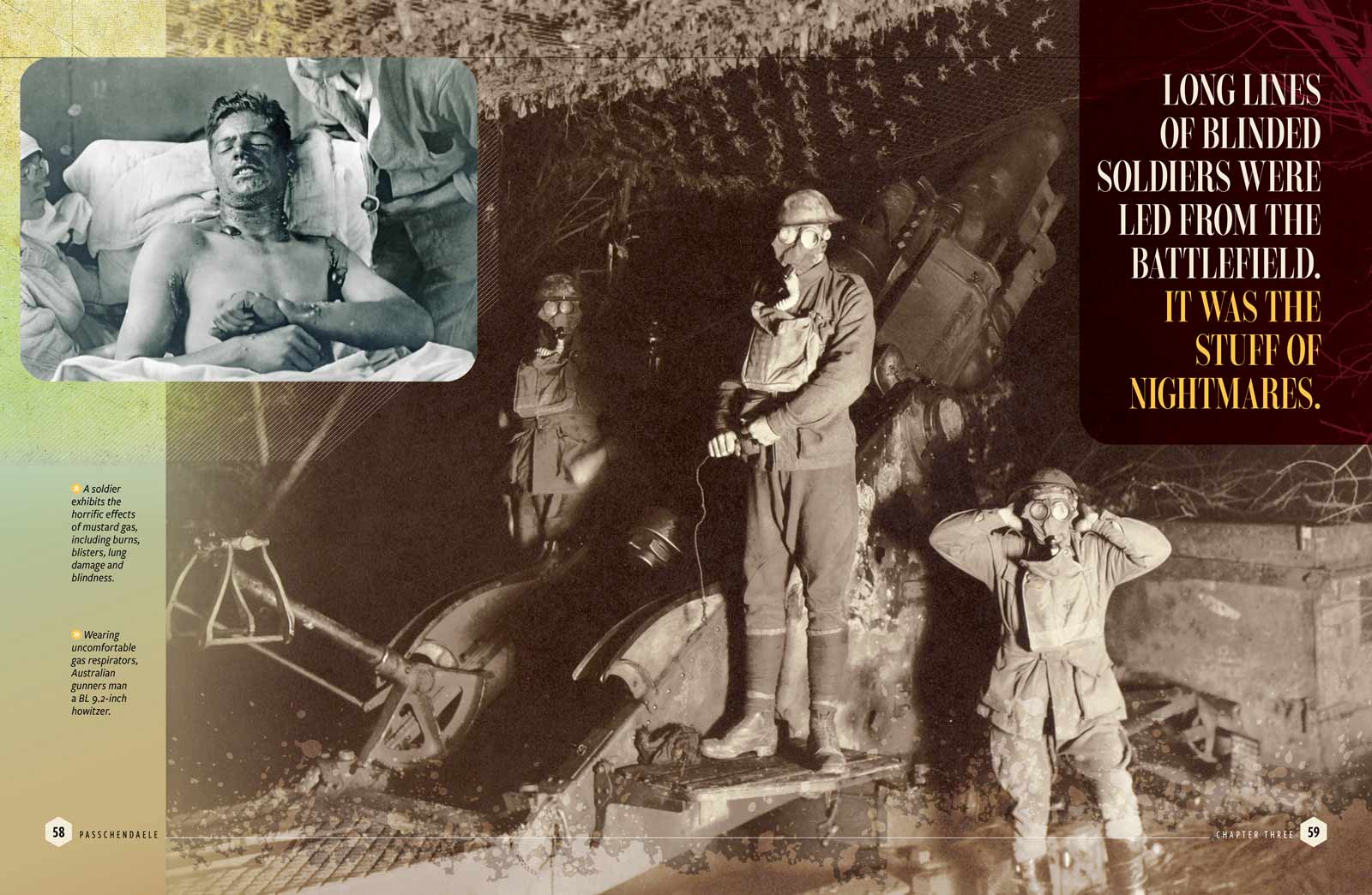