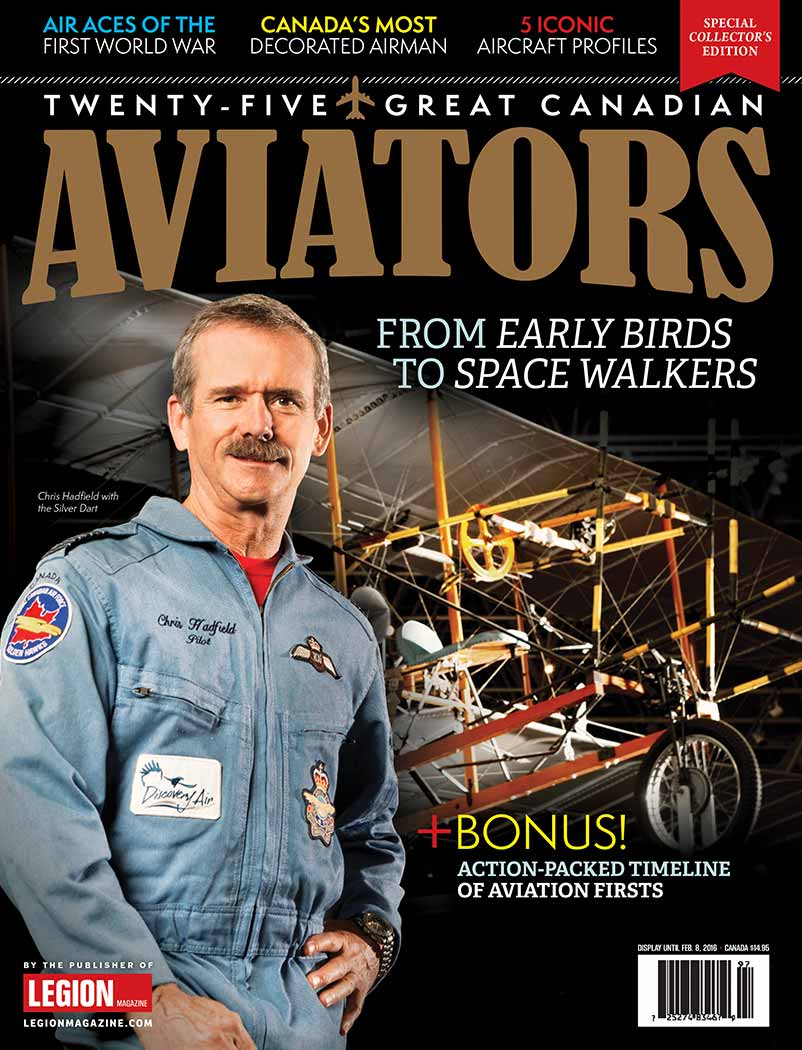 But what we have compiled is a mix of national aviation celebrities with some less well-known names. Each has made important contributions to Canada’s aviation scene. Among the First World War airmen, you’ll certainly recognize William G. Barker, but not likely Edward O’Leary. From the Second World War, you’ll likely know David Hornell, but maybe not W.H.D. Meaden.

Flight in Canada dates to Aug. 10, 1840. On that day in Saint John, N.B., the locals were vying for tickets to watch preparations made by Bostonian Louis Anslem Lauriat to fly Star of the East, his great gas-filled balloon.

According to 1919 statistics, 22,812 Canadians served in the British air services during the First World War. By war’s end, few could equal Redford Henry (Red) Mulock. On Sept. 6, 1915, he became the first Canadian airman to attack a submarine.

With war clouds threatening, Ernest McNab returned to Canada in April 1939 to take over No. 1 Squadron which was then converting to Hawker Hurricanes. No. 1 embarked in June and soon was embroiled in the Battle of Britain.

Flying alone or in pairs, No. 406 Squadron specialized in intercepting German aircraft and shooting up aerodromes. By war’s end, Russell Bannock had a score of 11 enemy aircraft destroyed and four damaged plus 18 V-1 flying bombs.

No sooner had the Second World War ended than the West and the Soviet Union faced off in the Cold War. The U.S.S.R. armed itself with formidable weapons, from long-range bombers to submarines. Alliances such as Norad and NATO arose to confront these threats.

While still a girl, Maryse Carmichael was inspired watching Canada’s Snowbirds cutting through the sky one day, smoke trailing, formations changing by the moment. Through the years, she grew more determined about someday wearing “Air Force Blue.” 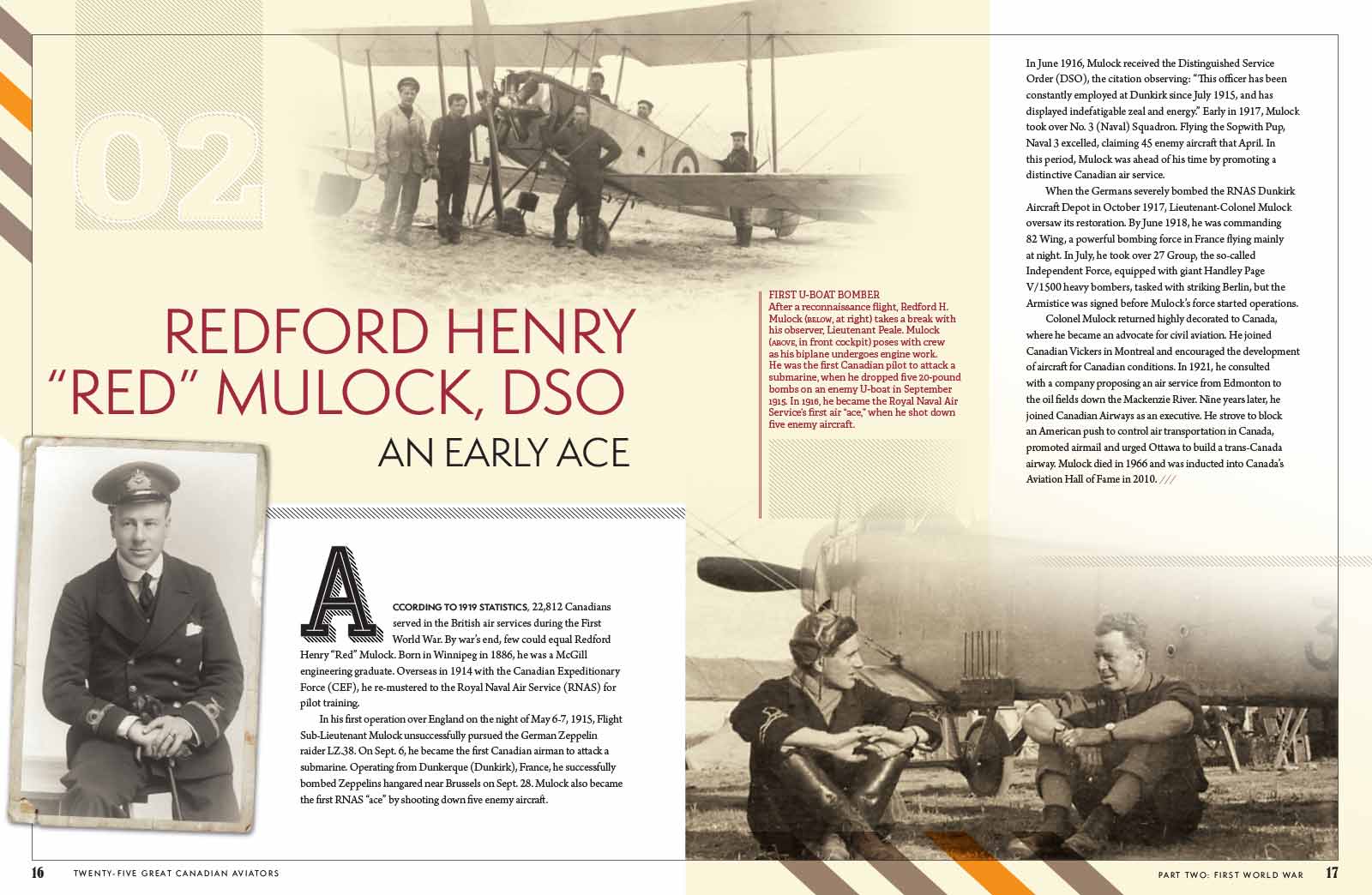 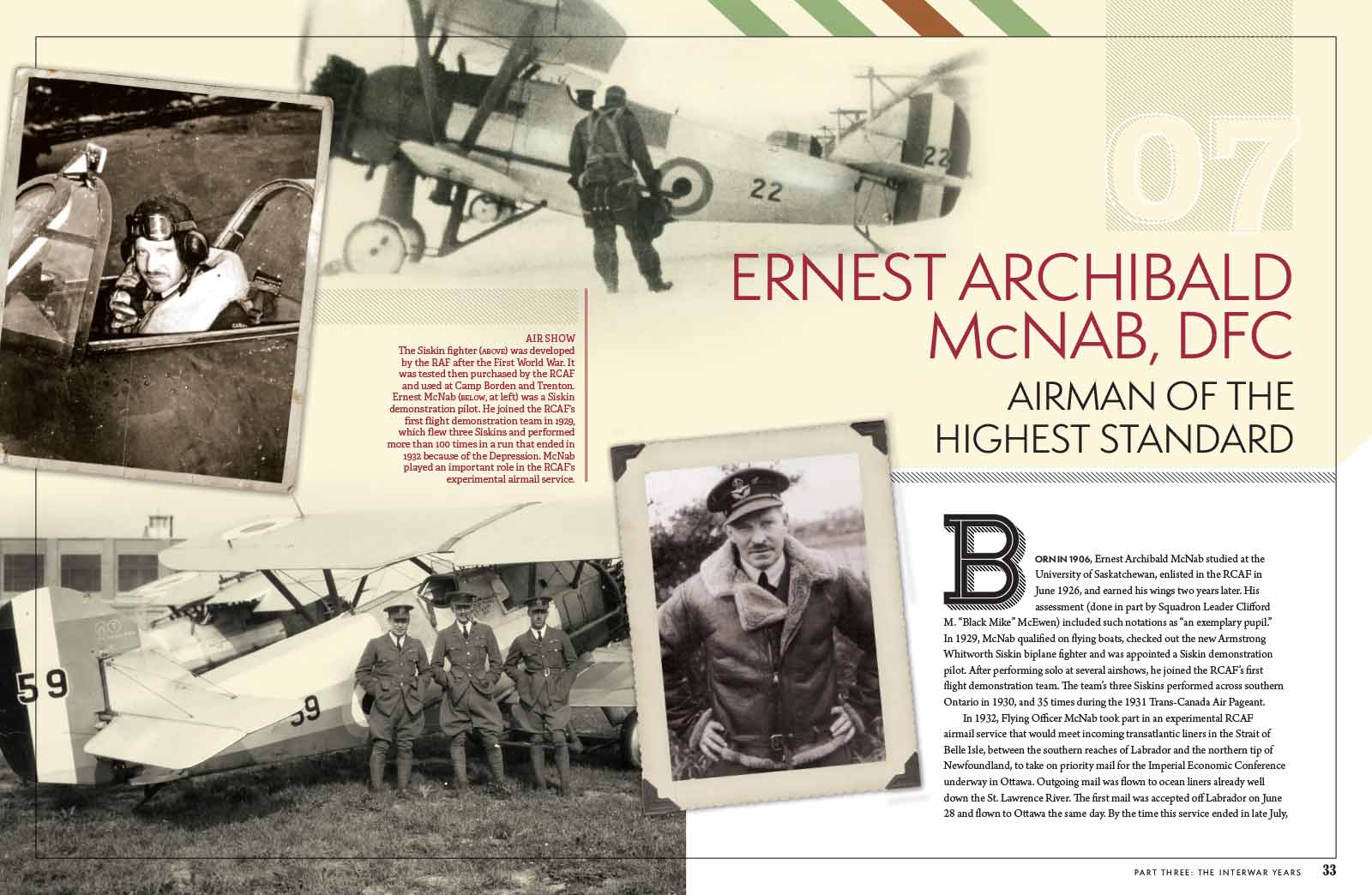 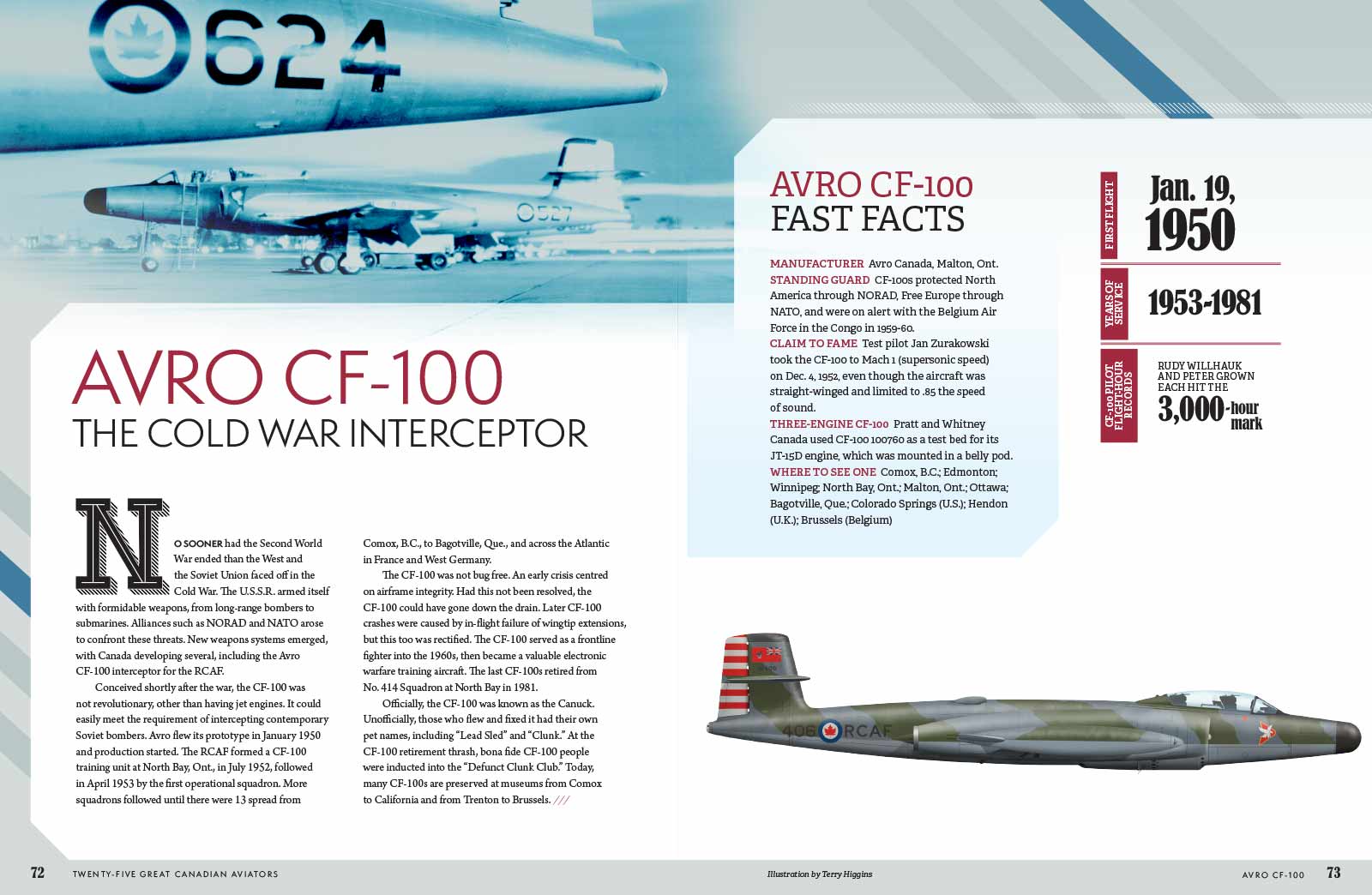