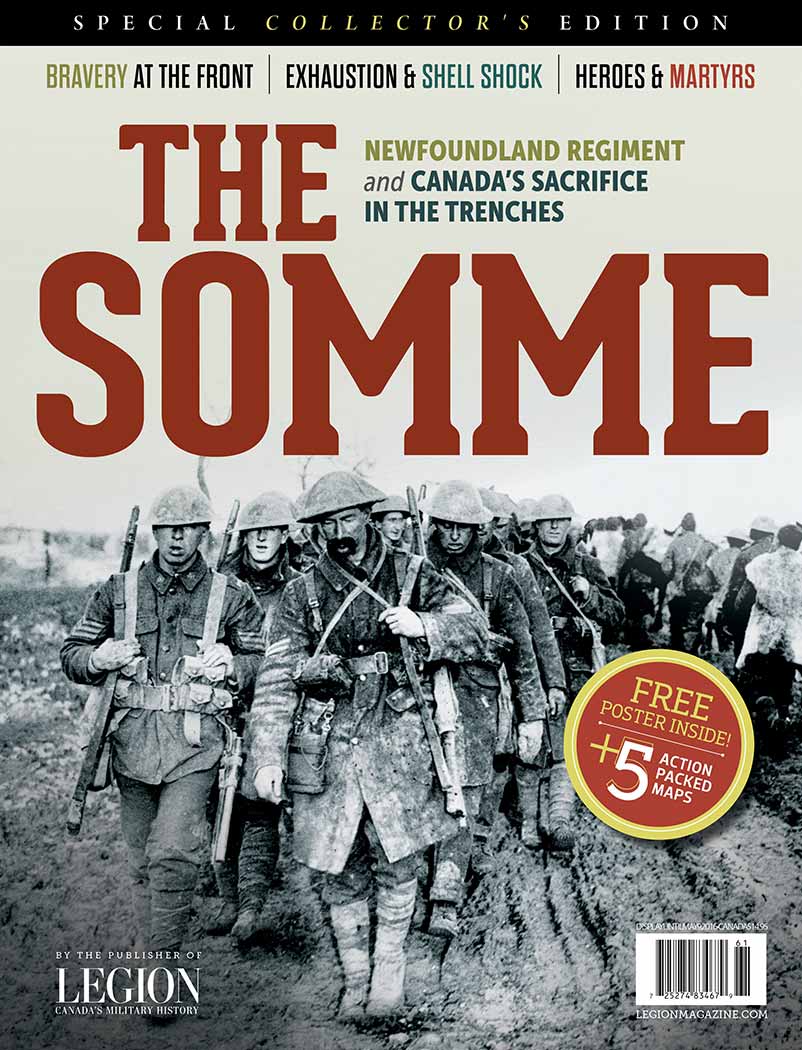 It was like a bad dream…shells falling by the thousands, blowing up everything, fighting with grenades, bayonet charges…corpses everywhere and the constant writhing of the wounded. Man’s mental and physical endurance is incredible. If hell is as horrible as what I saw there I would not wish it on my worst enemy.”

Lieutenant-Colonel Thomas-Louis Tremblay’s account of the four-day battle to secure and hold the ruins of Courcelette, France, speaks directly to the experience of the soldiers who fought in the Battle of the Somme, one of the costliest campaigns of the First World War. More than 7,000 Canadians were killed or wounded at Courcelette and before operations ended in November 1916, some 24,000 Canadians were included in the British and Commonwealth butcher’s bill of 420,000 men.

The four-and-a-half-month slaughter known as the Battle of the Somme resulted in an advance of from 6 to 10 kilometres across devastated farmland and ruined villages of no strategic value. Understanding why the battle began and continued for 141 days requires us to enter into the worldview of the British, French and German decision-makers.

French Commander-in-Chief Joseph Joffre won agreement for a series of co-ordinated actions by British, French, Italian and Russian armies in 1916, including an understanding that British and French forces would mount a major operation on both sides of the Somme River, which flows tranquilly for 245 kilometres from its source near Saint-Quentin to the Bay of the Somme in the English Channel.

The most formidable defences on the 30-kilometre British front were in the Beaumont-Hamel sector, where the Germans had taken advantage of high ground and a Y-shaped ravine to create a killing ground with protected machine-gun and mortar positions.

In a memo circulated to the British cabinet, Winston Churchill argued against continuing the Somme offensive as British losses were more than double those inflicted on the enemy. What was the point of capturing more ground at such a high cost?

On Sept. 9, less than a week before the main assault on Flers-Courcelette, starting on Sept. 15, the 2nd Battalion attacked a German trench in broad daylight, hoping a three-minute barrage and surprise would bring success.

Floundering in mud and rain

Britain’s secret weapon—the tank—had been of some assistance to the infantry at Flers-Courcelette but nothing near the promised breakthrough had occurred. Many thought it was time to rethink both strategy and tactics before continuing the offensive.

The decision to put the 4th Canadian Division into action as part of a British corps did not sit well with the Minister of Militia and Defence Sam Hughes but fresh troops were needed if the offensive was to continue. 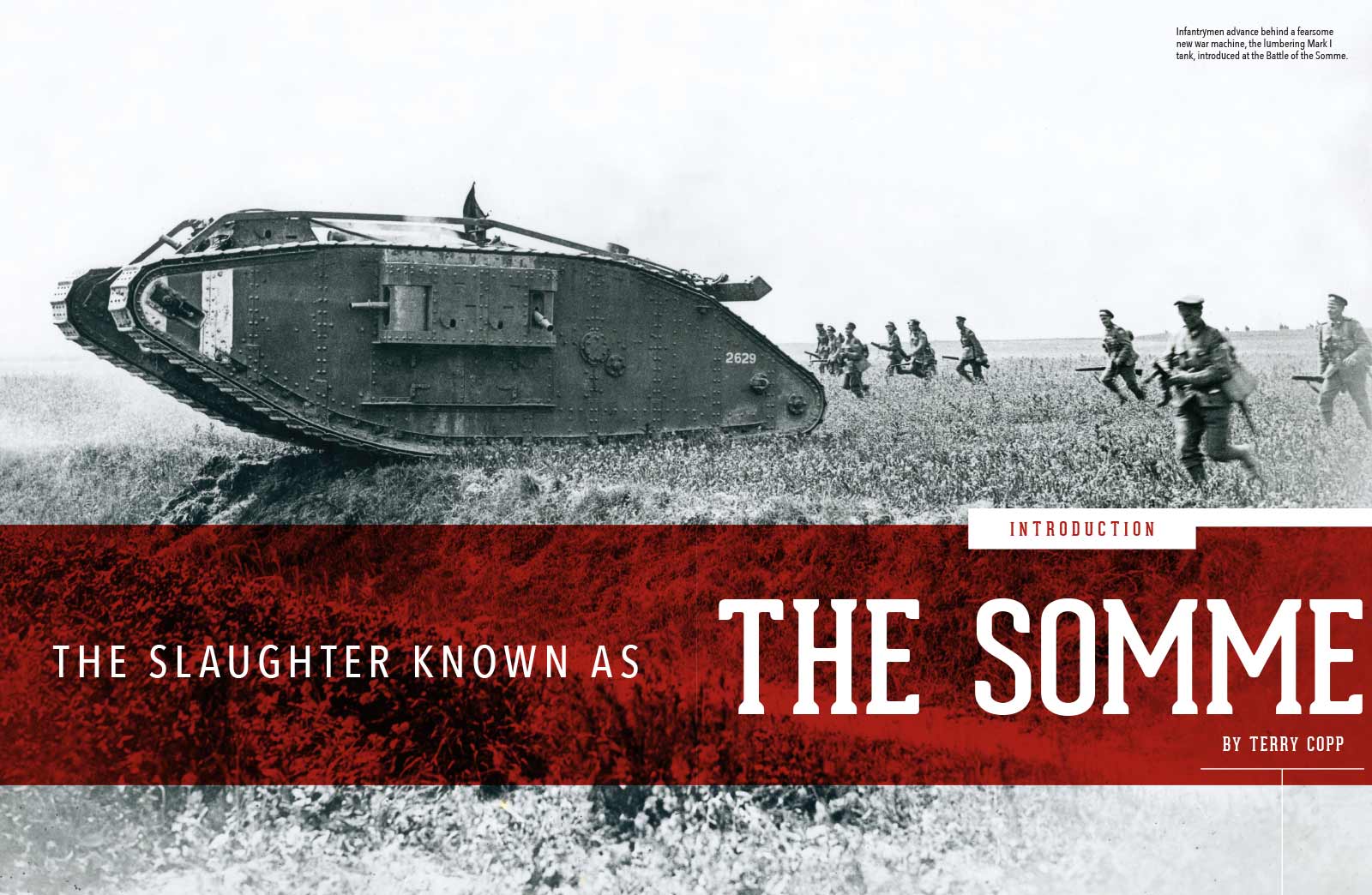 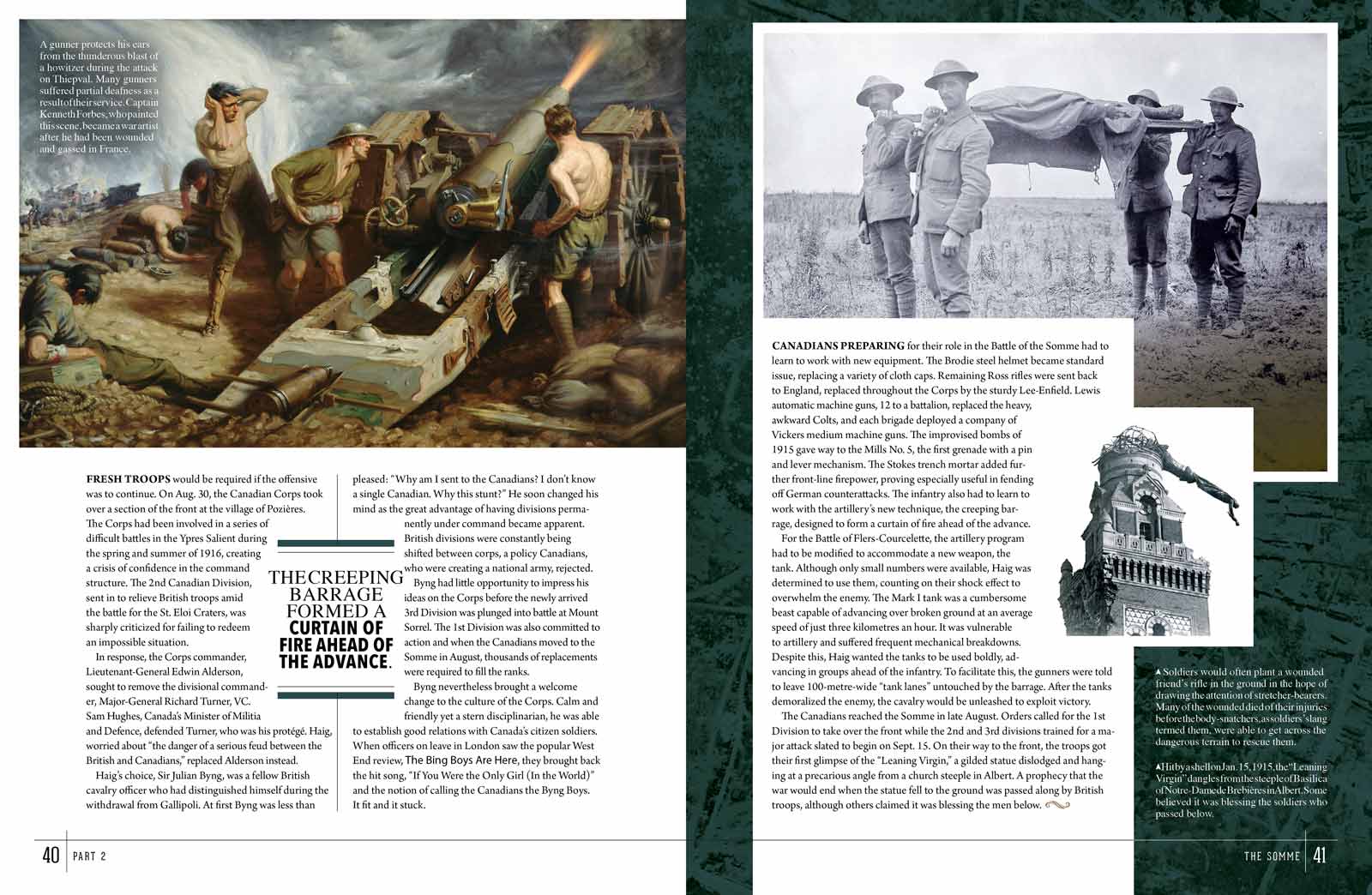