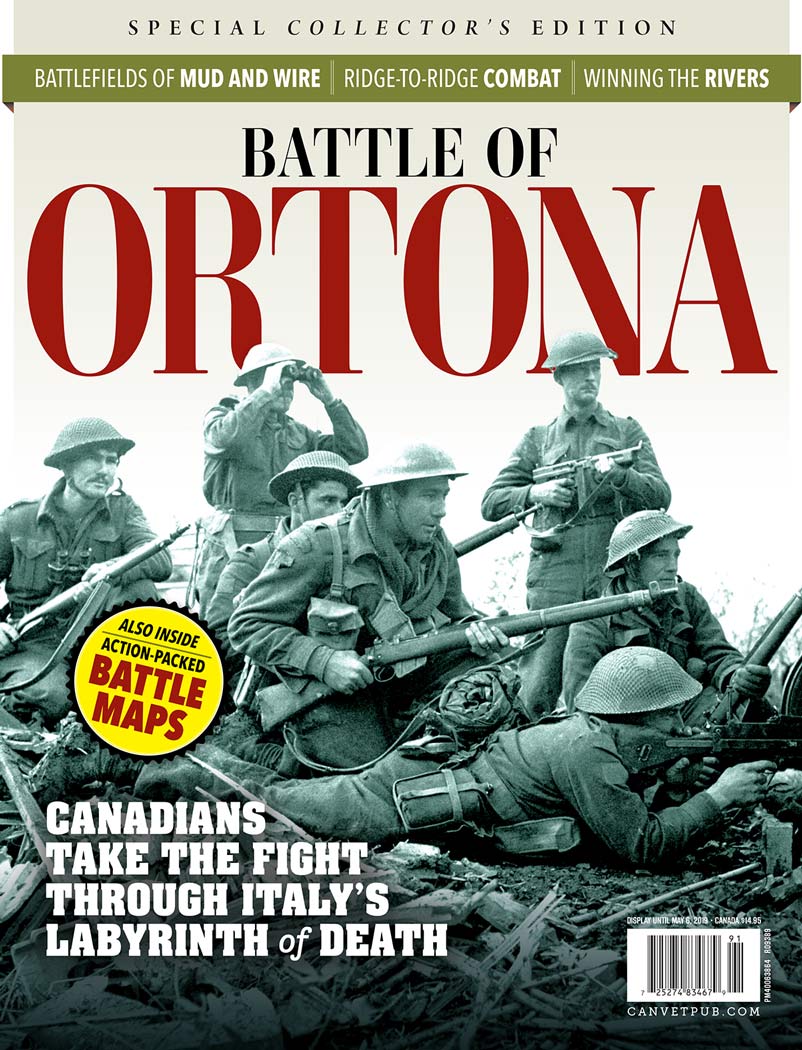 Late in 1943, Canadian troops attacked the German-held Italian city of Ortona. The goal was to push up the eastern coast, then swing inland on a road leading straight to Rome. By the end of the Italian Campaign, more than 92,000 Canadians had played a part. Yet it remains relatively unheralded, overshadowed by the drama of D-Day. To commemorate the sacrifice made in Italy over 75 years ago, this special edition shows the fierce fighting and how Canada prevailed in Ortona’s labyrinth of death. Read about the day-by-day battles—street by street, house by house, and hand to hand.

Blood on the Sangro

Having captured Sicily and crossed into Italy, Canadian troops fighting with the British planned to cross the Sangro River. General Bernard Montgomery wanted to take the port of Ortona before winter weather brought his advance to a halt.

Stalemate on the Moro

Having crossed the Sangro, the Canadians were ordered to cross the Moro River. They tried to do it by stealth but the enemy was waiting at each of the three locations chosen for possible beachheads. The Canadians succeeded at Villa Rogatti but the engineers said it was not bridgeable. They would have to try something else.

In a set-piece attack, the Canadians crossed at San Leonardo and captured the village. As they continued toward Ortona, they were halted by a gap known as The Gully where the enemy had entrenched themselves. Only the Royal 22nd Regiment was able to get across.

The Canadians continued to advance but suffered terrible casualties. Cider Crossroads was taken after several attempts but by then the enemy had fled into Ortona where they intended to stand.

The Canadians arrived at Ortona as Christmas approached. The narrowness of the streets and piles of rumble turn them into a killing zone. The Canadians decided they will have to take the town house by house.

The fighting raged on during Christmas Day and into the next day. Still, an incredible event happened in the courtyard of Santa Maria di Constantinopoli where a hearty Christmas dinner was served to the troops. By Dec. 27, Canadians had taken the city. 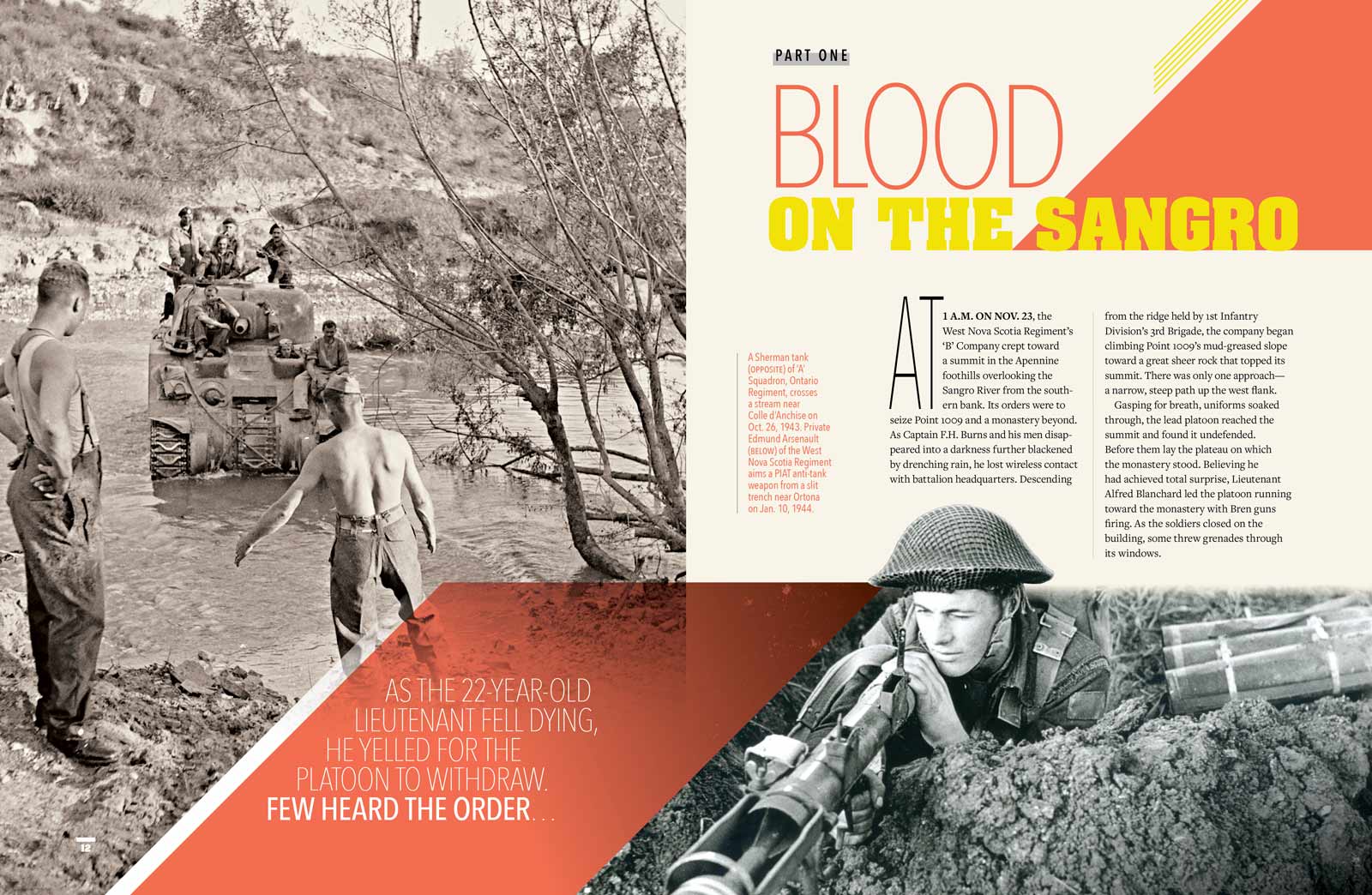 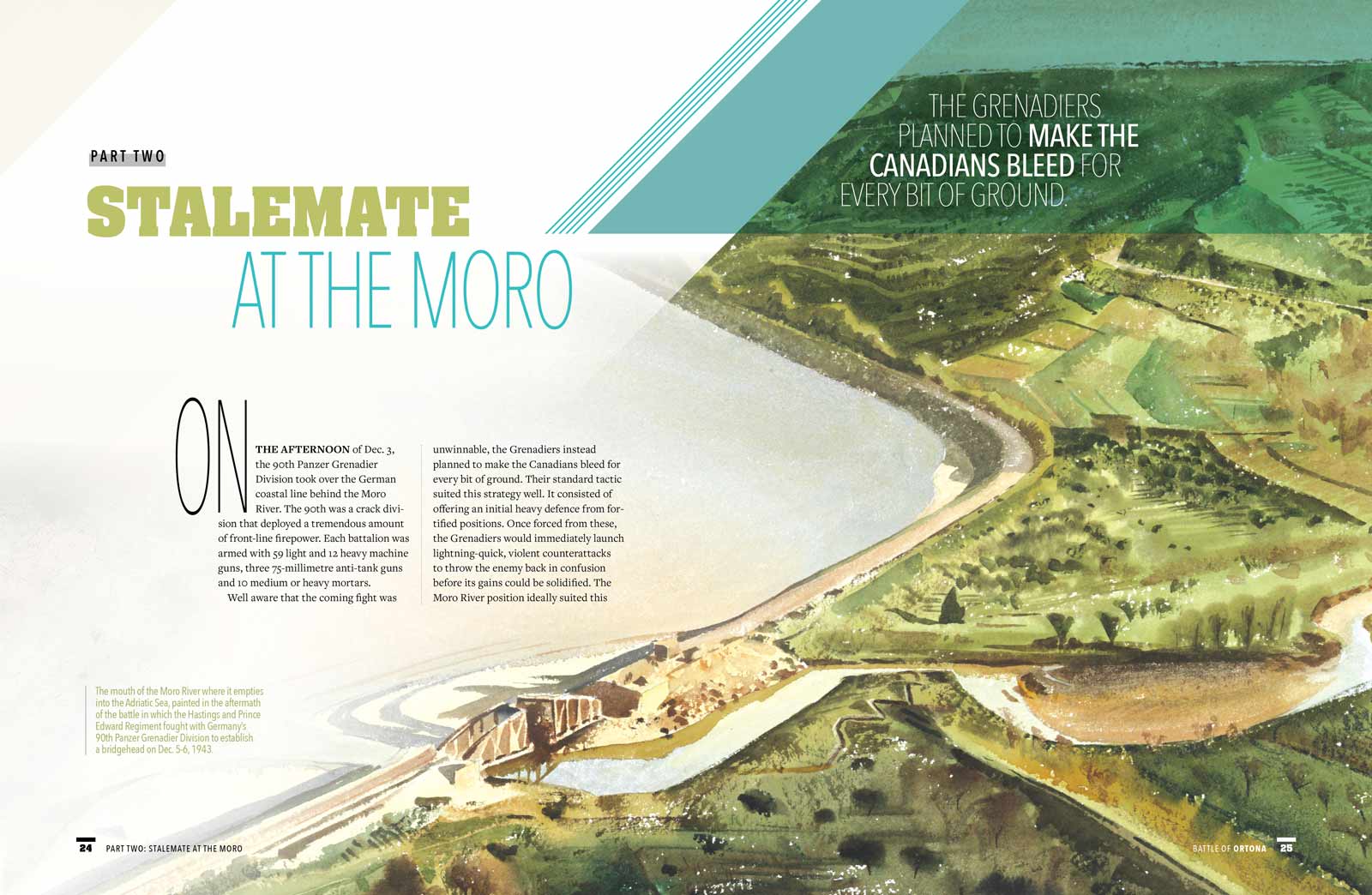 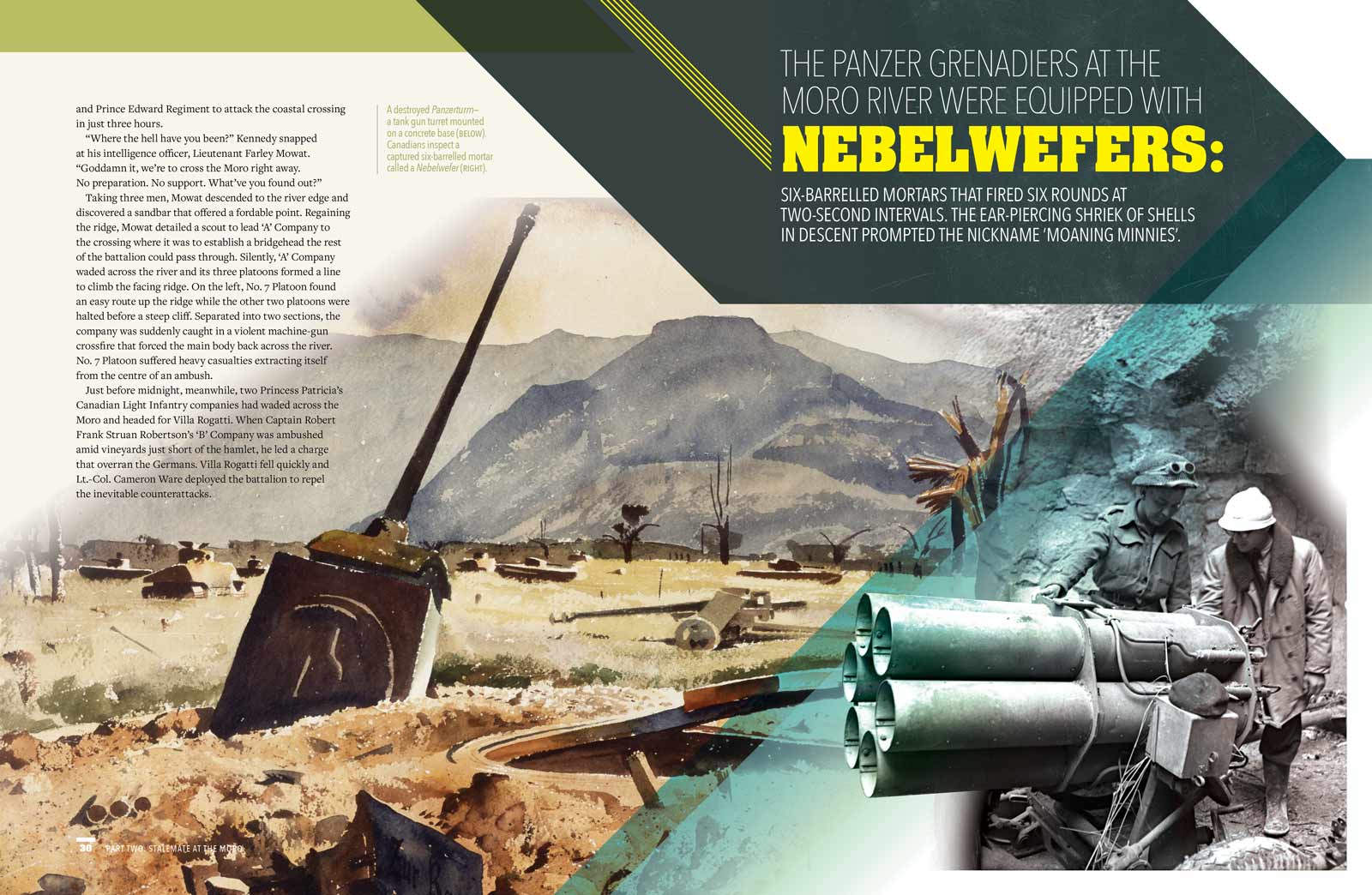