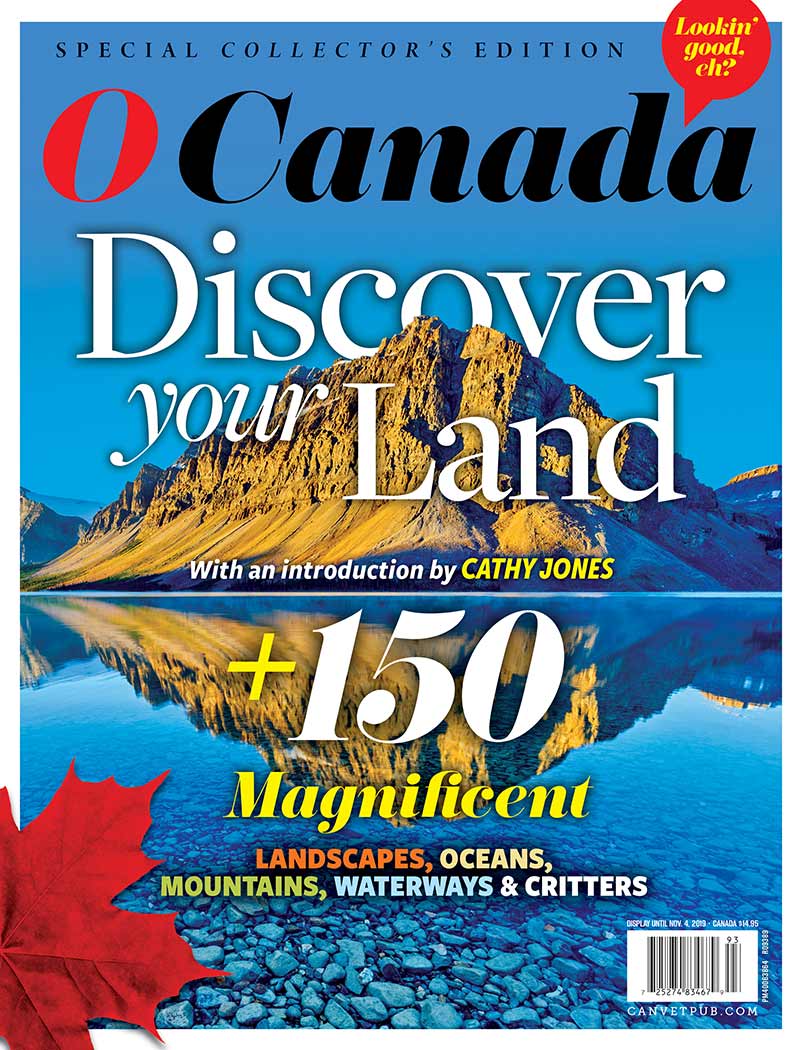 Canada has splendid landscapes throughout the North, West, Prairies, Eastern Woodlands and the Atlantic provinces. They can range from ancient Dinosaur Provincial Park in Alberta to modern viewpoints, such as from the CN Tower in Toronto.

Canada has the longest coastline in the world at 243,042 kilometres, bordering on the Arctic, Atlantic and Pacific oceans. We have wonderful beaches, each with its own charm.

“Their immense masses of snow appeared above the clouds…”

Canada is known for its Rocky Mountains, which are home to four national parks (Banff, Jasper, Yoho and Kootenay) but we also have the Coastal Mountains in British Columbia, the Laurentians in Quebec and the Canadian Shield.

We are given to extremes

Twenty per cent of the world’s freshwater supply lies in Canada. Waterways were the original highways used by Indigenous peoples to cross the continent. Explorers and fur traders depended on the canoe to get them where they needed to go.

Even the animals are polite

We have no shortage of wildlife in Canada. Animals can be seen in our national and provincial parks, in cities and just about anywhere you go. 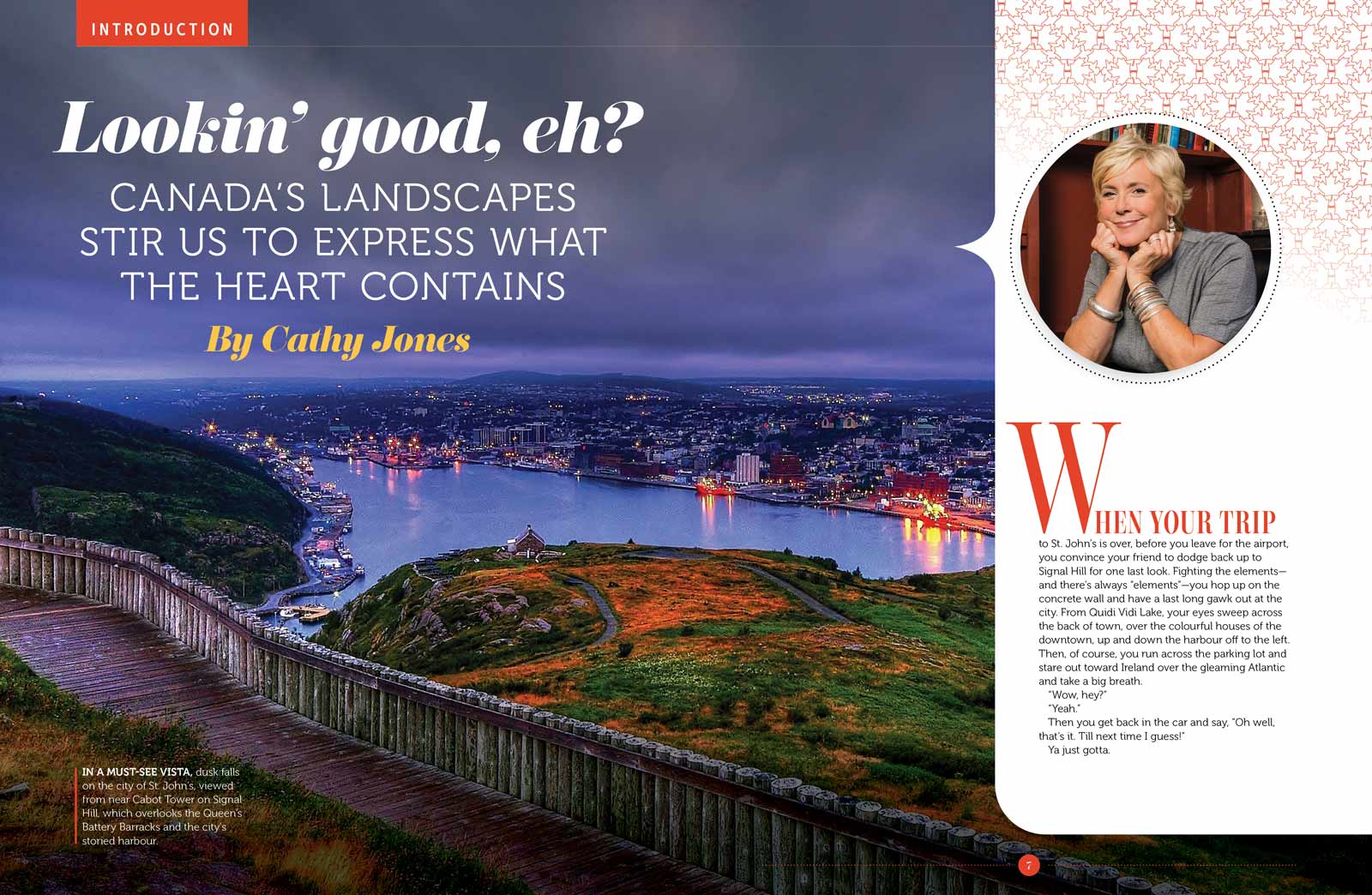 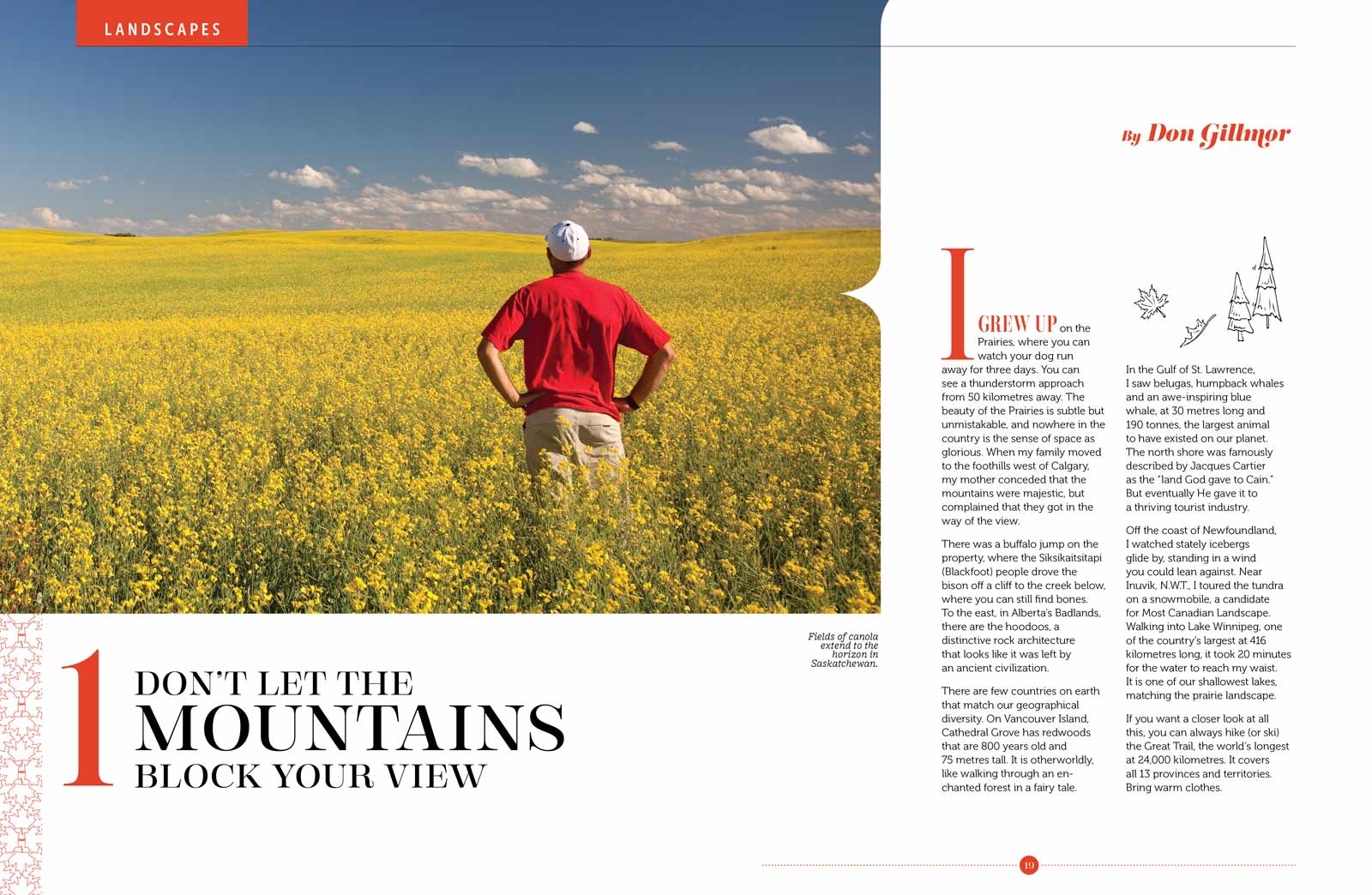 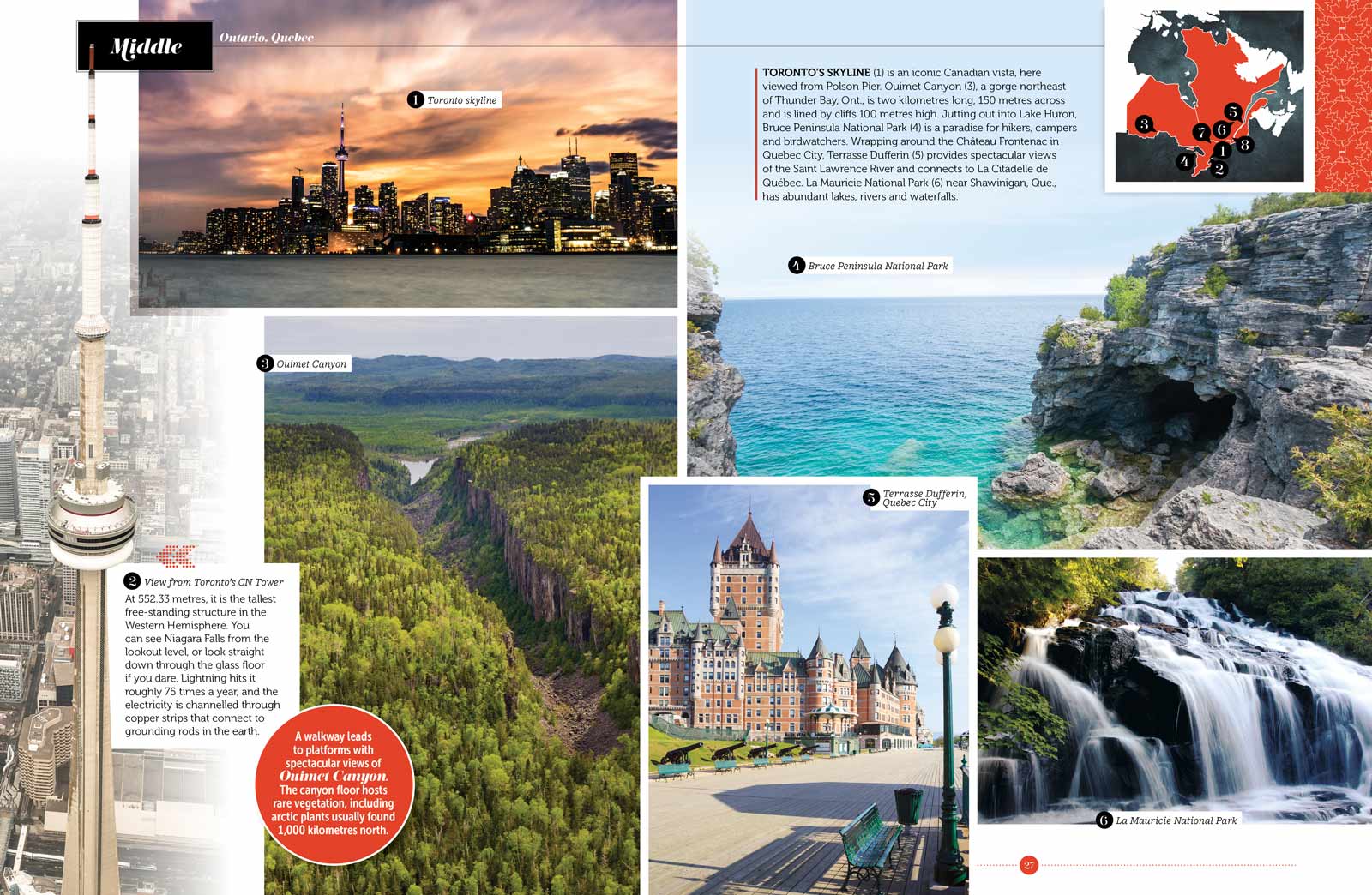