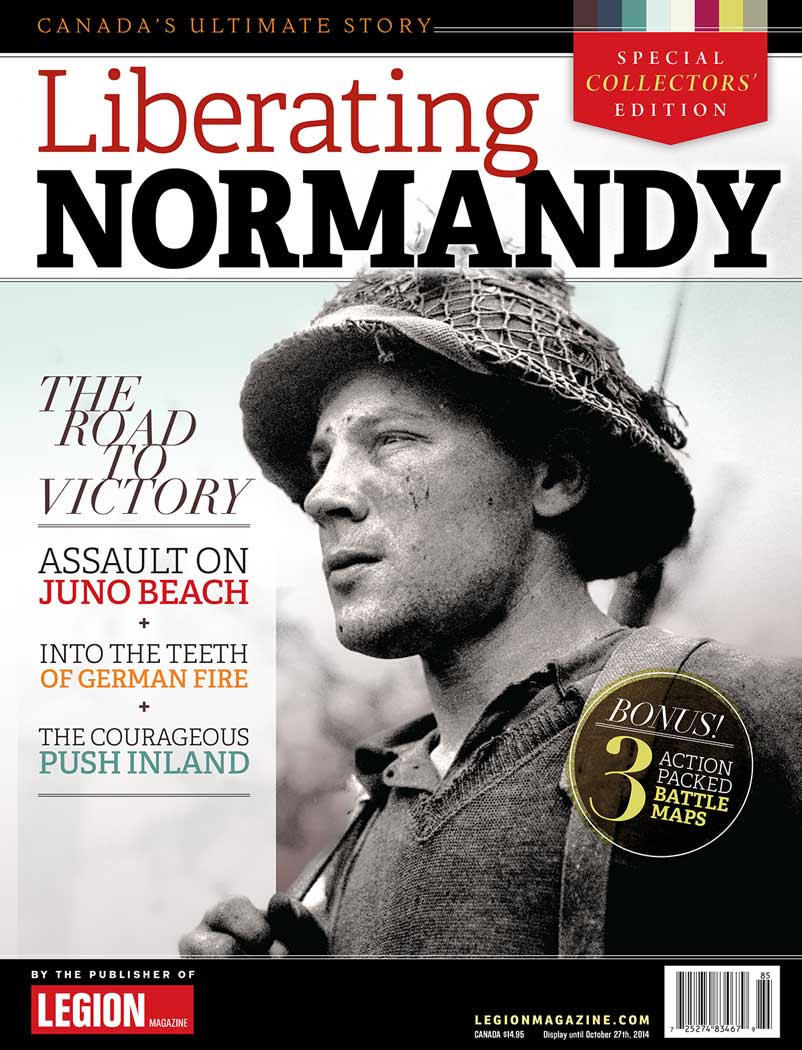 The Battle of Normandy was the beginning of the end of the Second World War in Northwest Europe. Canadian soldiers, sailors and airmen helped turn the tide toward victory when they landed on Juno Beach and won hard-fought battles against a determined enemy in the summer of 1944. The cost was high with more than 5,000 Canadians killed between June and August.

On the morning of D-Day, June 6, 1944, the Regina Rifles came ashore in front of the village of Courseulles-sur-Mer, Normandy. Fortuitously avoiding the enemy’s landmines, the landing craft of 'A' Company grounded on a sandy beach.

Scheduled for June 5, the invasion had to be delayed because a storm had blown in. The attack had to go on the 6th, the last day of favourable tides for a month, but the English Channel was still very rough. Eisenhower overrode contrary advice and courageously gave the “go” order.

The struggle toward Caen

In front of the Canadians, cautiously moving toward Carpiquet airfield, were units of the 21st Panzer Division laying in wait at the village of Buron. The North Nova Scotia Highlanders and the Sherman tanks of the Sherbrooke Fusiliers found themselves in a house-to-house struggle.

The Canadian attack jumped off at night under “artificial moonlight” created by bouncing searchlights off the clouds, and it failed. Casualties were high—1,550 killed and wounded—with Montreal’s Black Watch almost wiped out in a fruitless but gallant attack into the teeth of German fire. 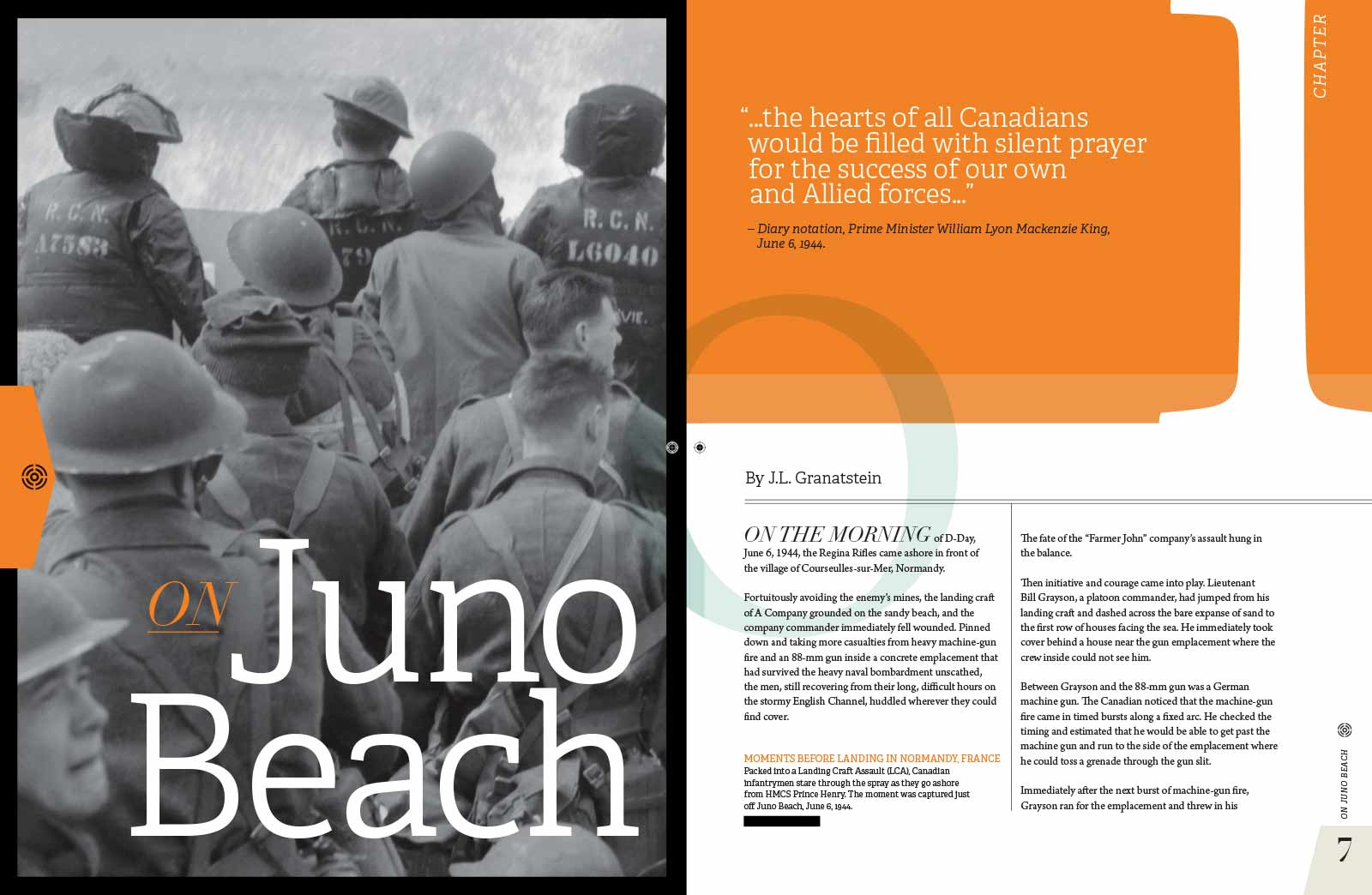 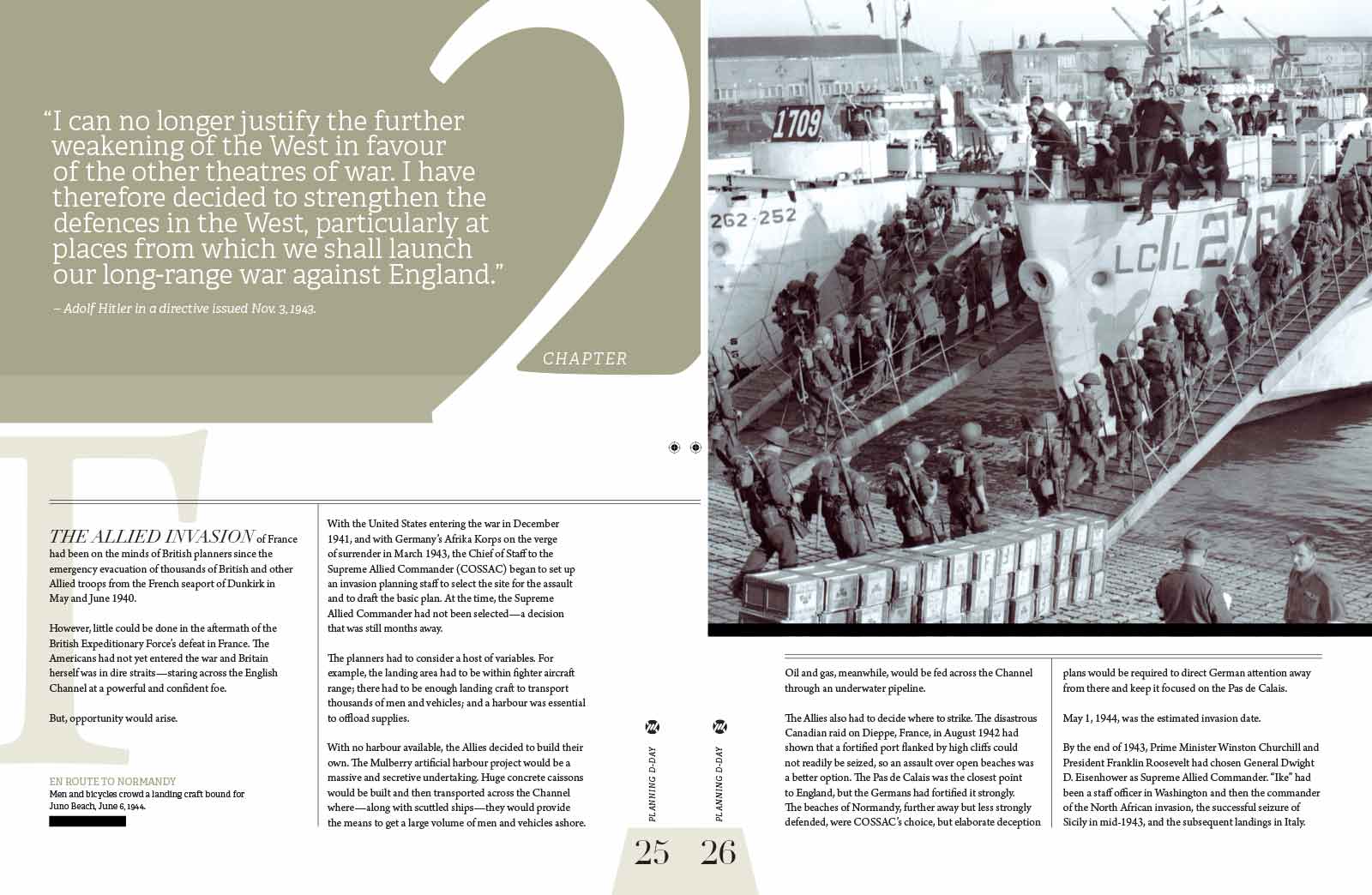 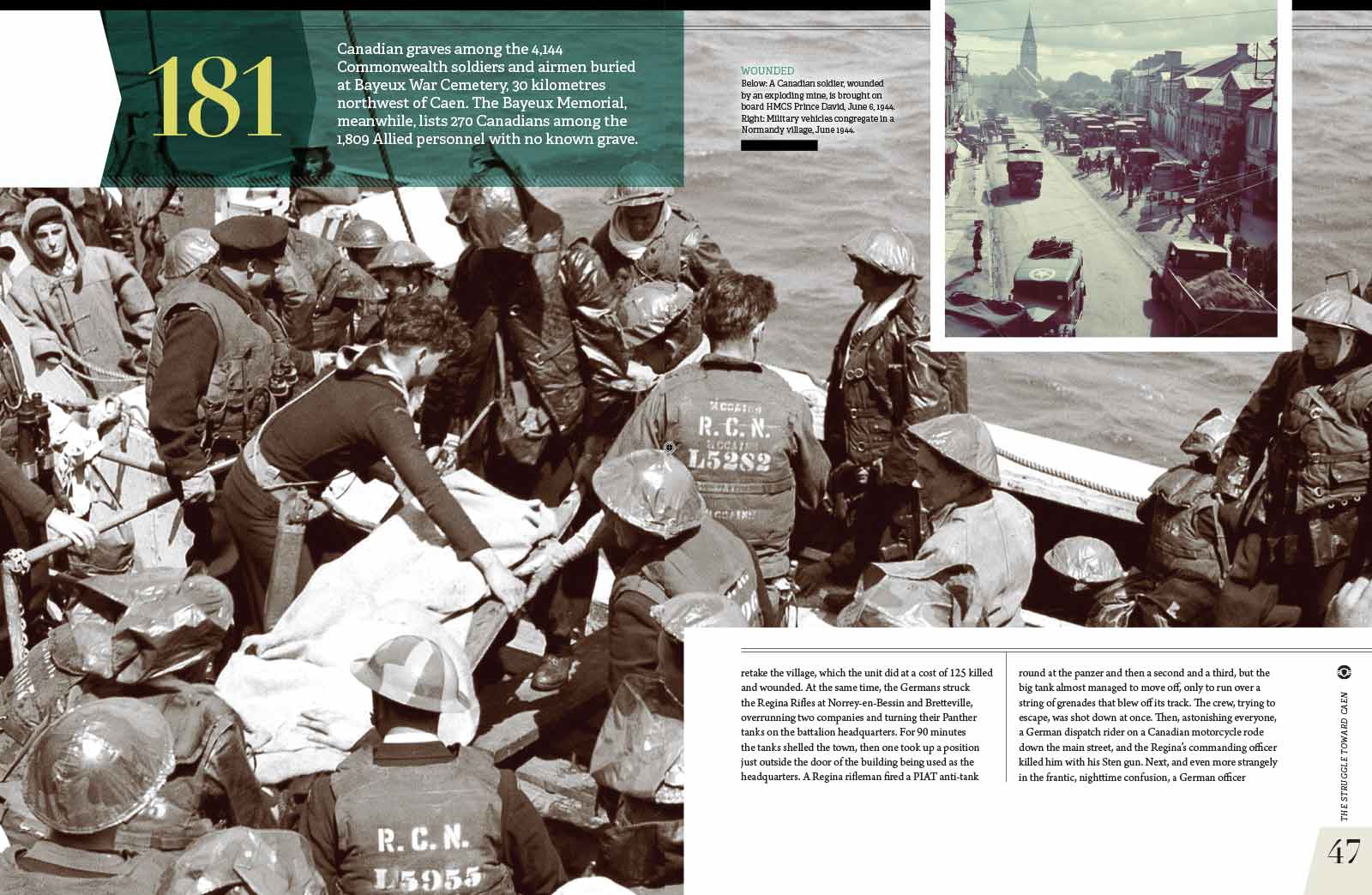