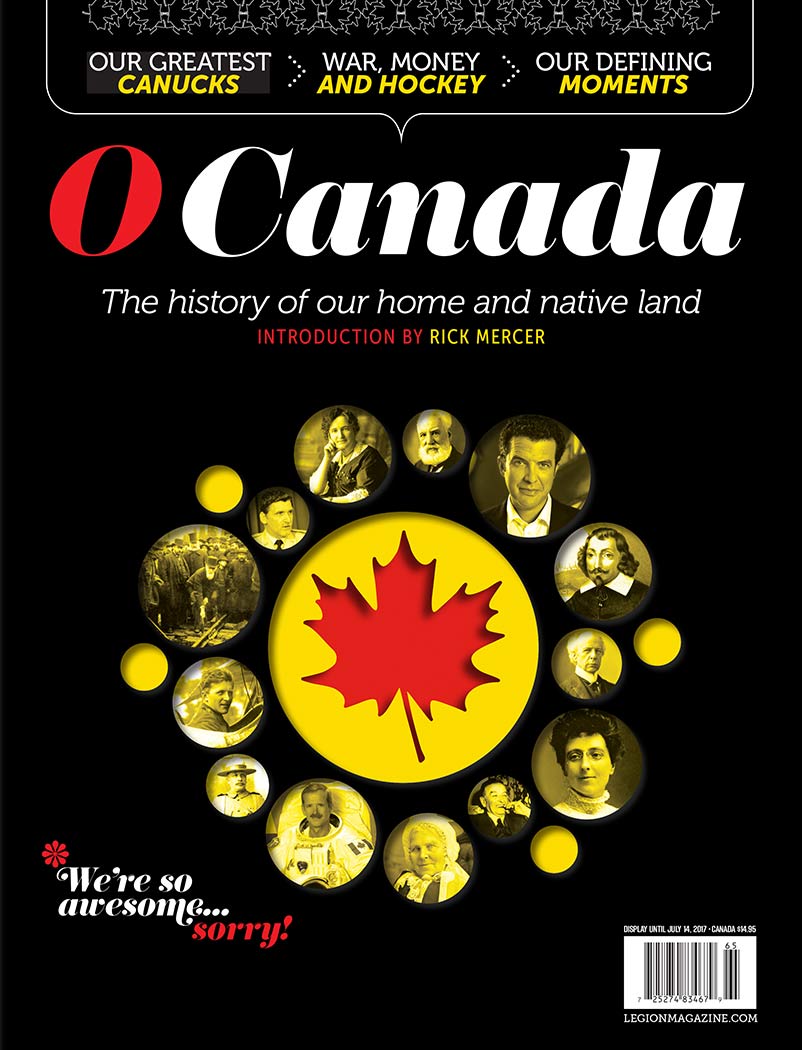 OCanada tells our story from our first peoples through to our achievements in space. With hundreds of photos and illustrations, this entertaining magazine is full of Canadiana, personalities, achievements and amazing statistics.

The first people migrated to North America from Asia more than 12,000 years ago over an Ice Age land bridge across the Bering Strait. Following retreating glaciers eastward, they hunted, fished and gathered—even farmed—as seasons and geography allowed.

Confederation was a messy, protracted process that took the heroic efforts of very different personalities. Among the principals were John A. Macdonald, who dominated Upper Canadian politics, and George Brown, his harshest critic.

The horror of modern warfare arrived on April 22, 1915, witnessed by Canadian troops when chlorine gas crept along the ground and poured into the trenches. What began as traditional warfare ended with tanks, artillery, planes and poison gas.

On Sept. 3, 1939, both Britain and France declared war on Germany after it failed to withdraw its troops from Poland. Canada followed seven days later, though it was unprepared for another war.

The 1960s ushered in an explosion of Canadian literature, music and art. Neil Young, Joni Mitchell, Gordon Lightfoot and Leonard Cohen created music that went far beyond our borders, and the books of Margaret Atwood and Robertson Davies reached an international audience.

Politics, the economy and the environment

Canada was hit by a recession in the early 1990s but rebounded and, by the end of the decade, was one of the most prosperous countries in the world. We also thought of ourselves as among the most environmentally aware western nations.

In 2001, Canada sent its first soldiers to Afghanistan, the beginning of a 12-year commitment. Public opinion initially favoured Canada’s participation, but that support waned over the years, and it remained a poorly understood war. 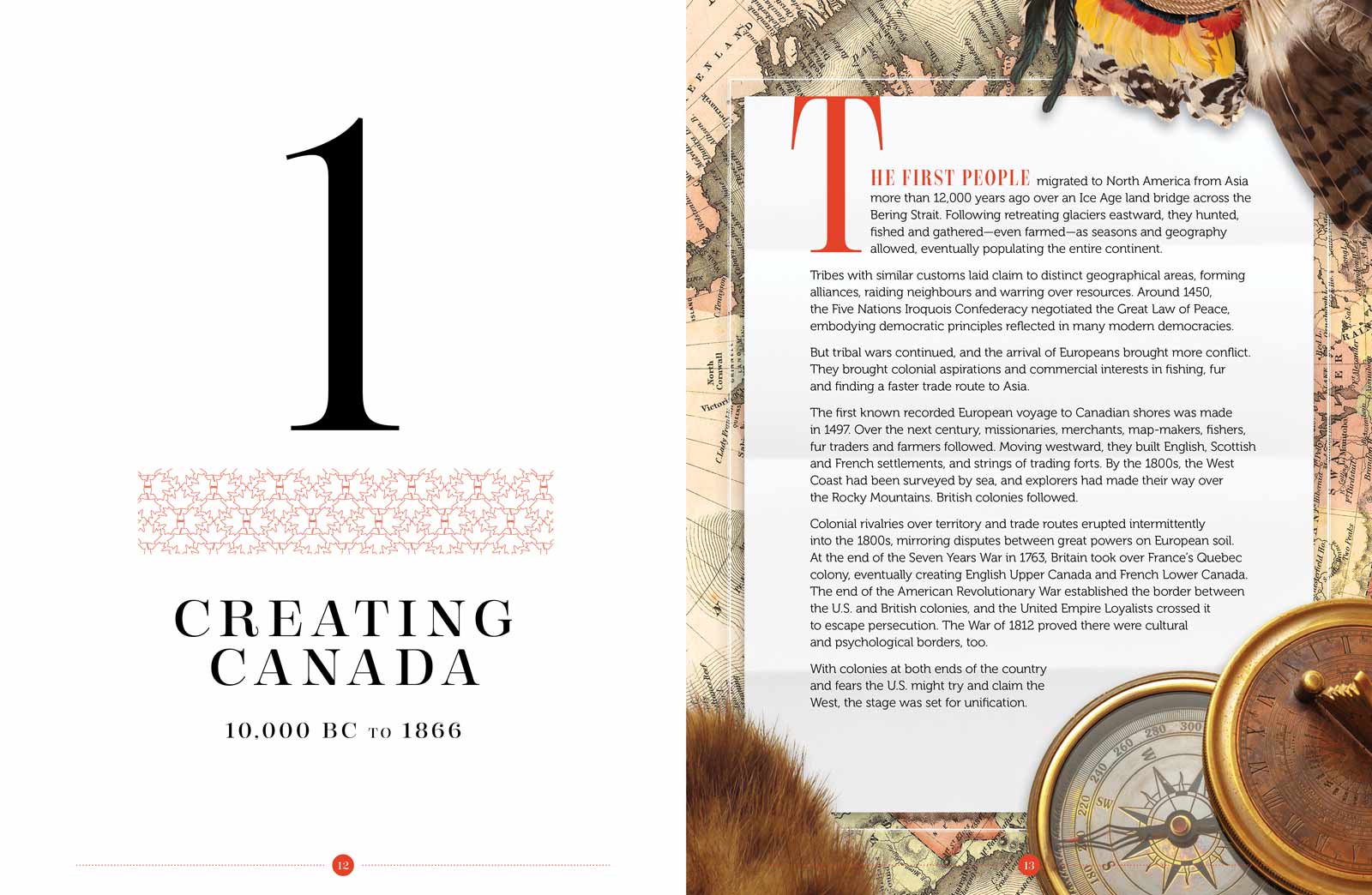 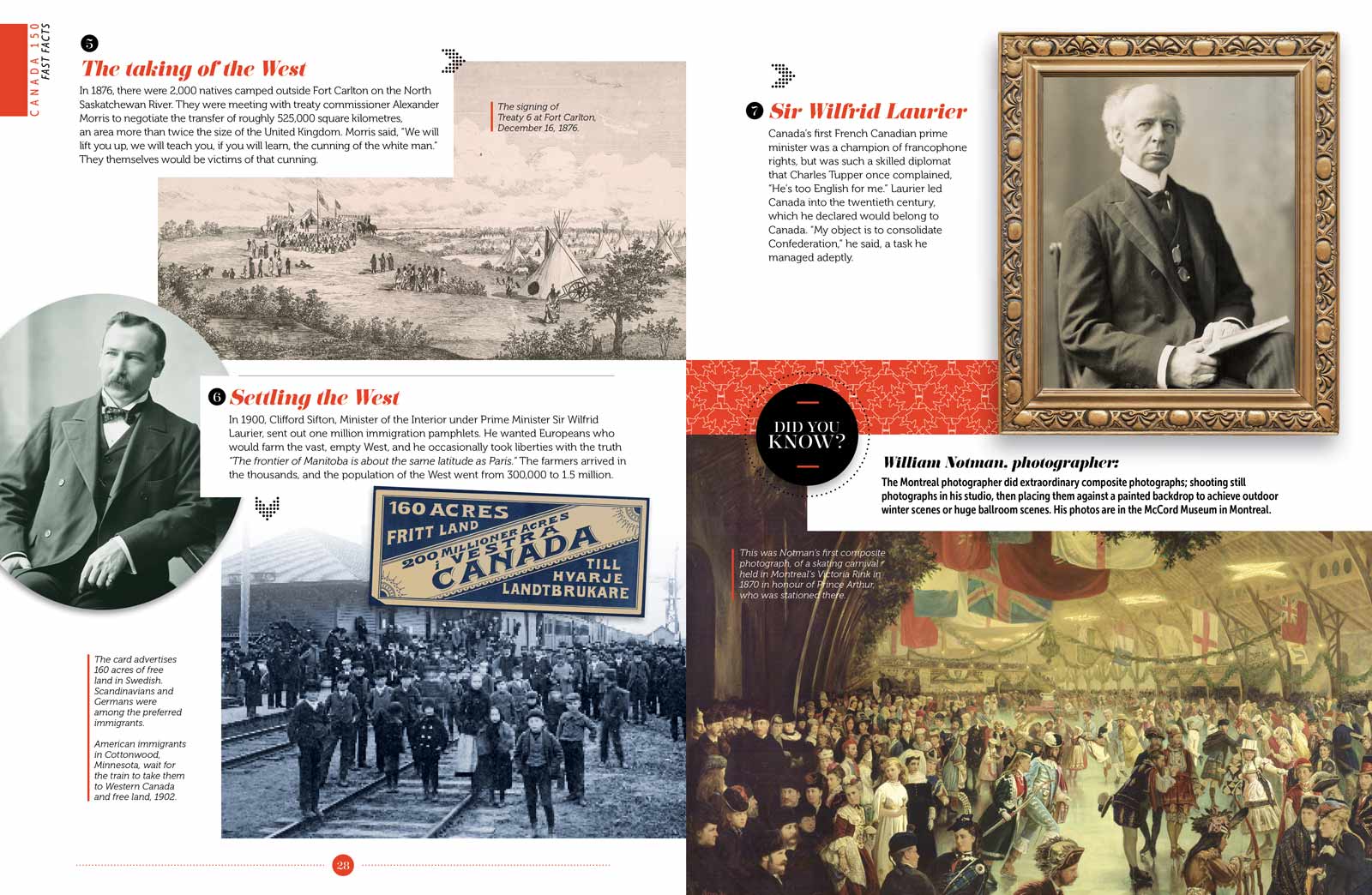 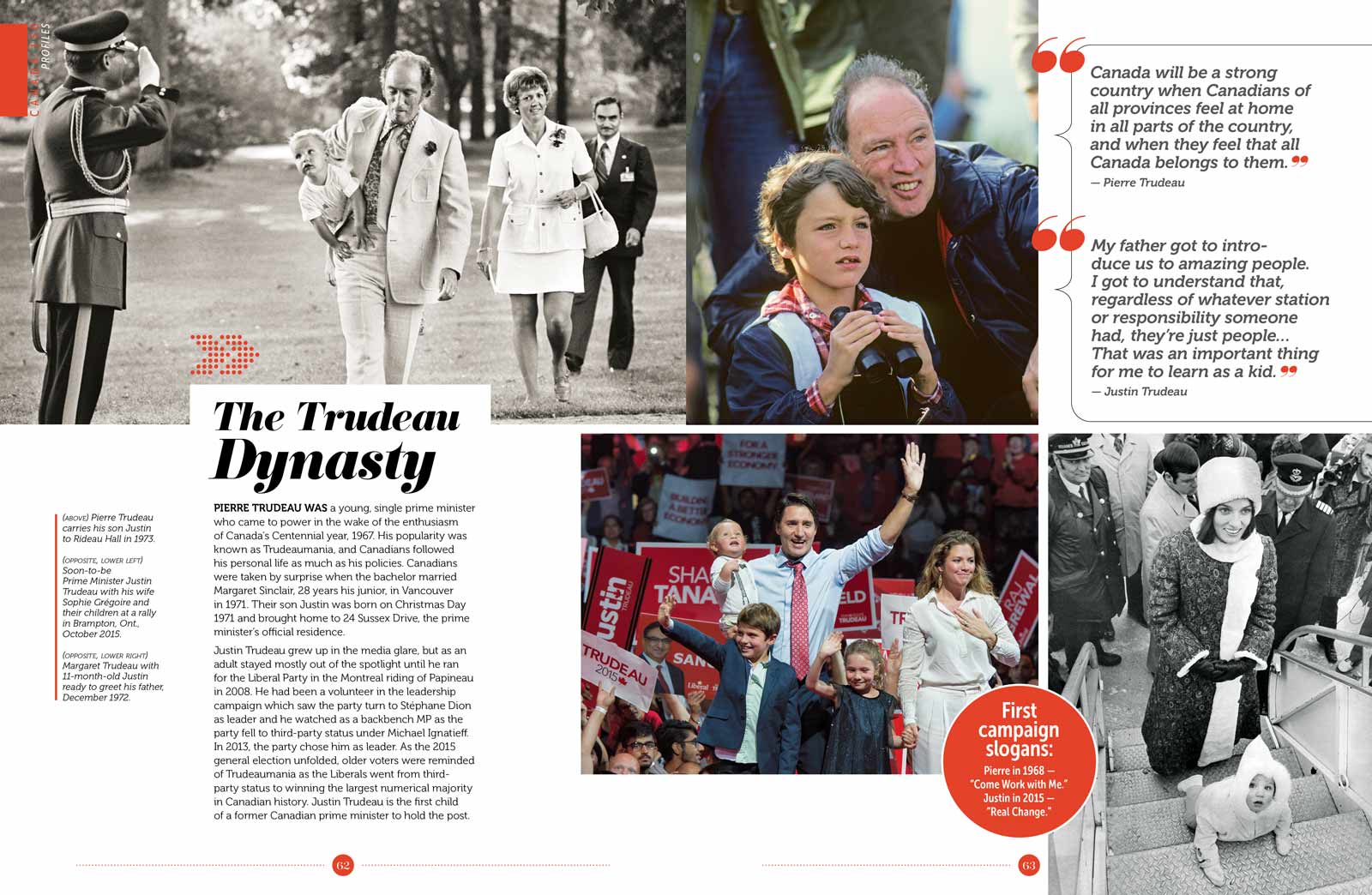