By Hugh A. Halliday 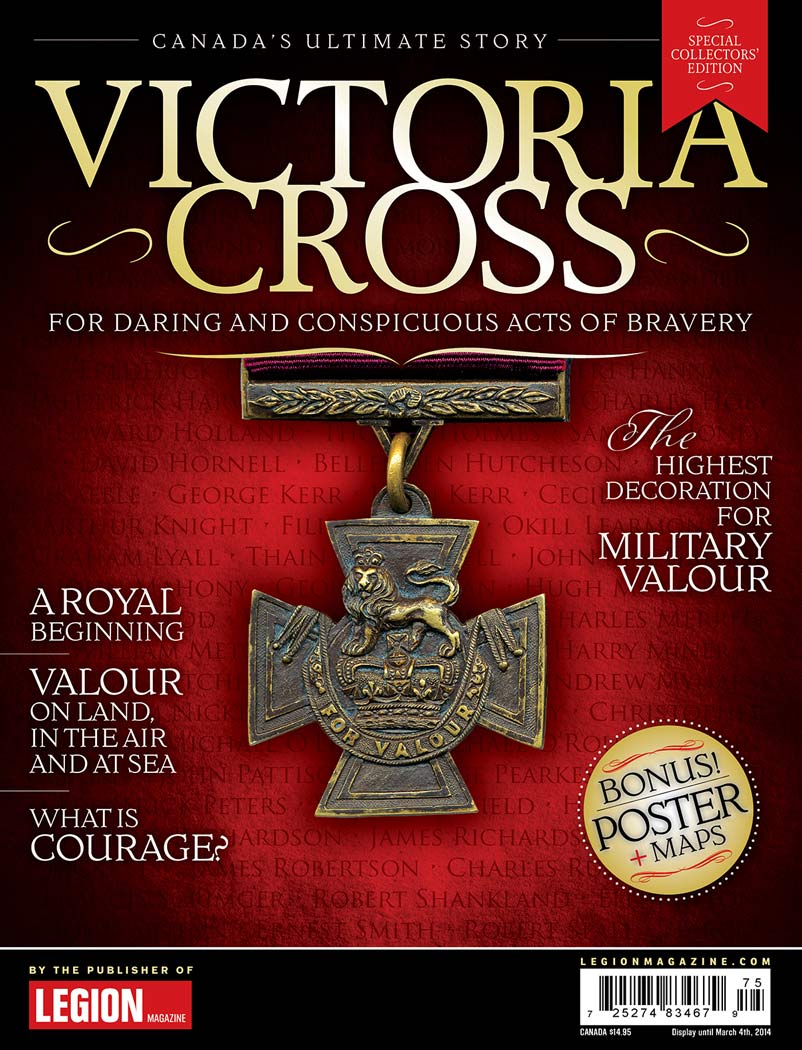 The most famous decoration for courage in the western world, the Victoria Cross, has been awarded to dozens of Canadians. To mark this incredible history, Canada’s Ultimate Story has published a colourful special edition that— through words and pictures—highlights Canada’s remarkable place within the Victoria Cross story.

The lore behind the VC is sprinkled with strange and heart-wrenching stories. Victoria Crosses have been cherished, stolen, lost, recovered, sold and even pawned. Some recipients attained high office; some died in poverty.

This 100-page special edition includes bonus posters, a timeline and maps showing where Canadian VCs were earned around the world. Historian/author Hugh A. Halliday describes how the award evolved and how it was earned through individual acts of valour and self-sacrifice on land, at sea and in the air.

During the Crimean War, the British public became acutely aware of the soldiers’ lot through increasing literacy and the modern war correspondent. Queen Victoria and Prince Albert were as much moved as their subjects.

From the Battle of Mons in 1914 to North Russia in 1919, a total of 578 VCs were awarded to members of British Land Forces (Royal Marines and colonial forces included). Of these, 61 were associated with the Canadian Expeditionary Force.

Nineteen VCs were awarded for aerial actions between 1915 and 1919. The first two pilots to shoot down Zeppelin airships were awarded the VC at record speed, five and three days respectively from the deed to publishing of the citation in the London Gazette.

The First World War, including 1919 North Russia actions, saw 41 VCs awarded to Royal Navy personnel. A quick look says much about the nature of contemporary naval warfare. Four were to submariners. Seven were for standard ship-to-ship actions at sea.

At first glance, Canada’s VC count on land for the Second World War appears modest; 10 to the Canadian Army plus one to a Canadian in the British Army, namely Charles Hoey, who earned his in Burma (Myanmar) on Feb. 16, 1944.

Defining “courage” has always been difficult; one may differentiate between “Physical courage” and “moral courage”—something many believe to be more rare. Lines have also been drawn between adrenalin-fueled “hot courage” and professional “cold courage.”

One cannot put a price on courage, but the symbols of courage—medals and ribbons—are evaluated every day by insurance companies and auction markets. High prices have made it impossible for government museums to compete with wealthy collectors. 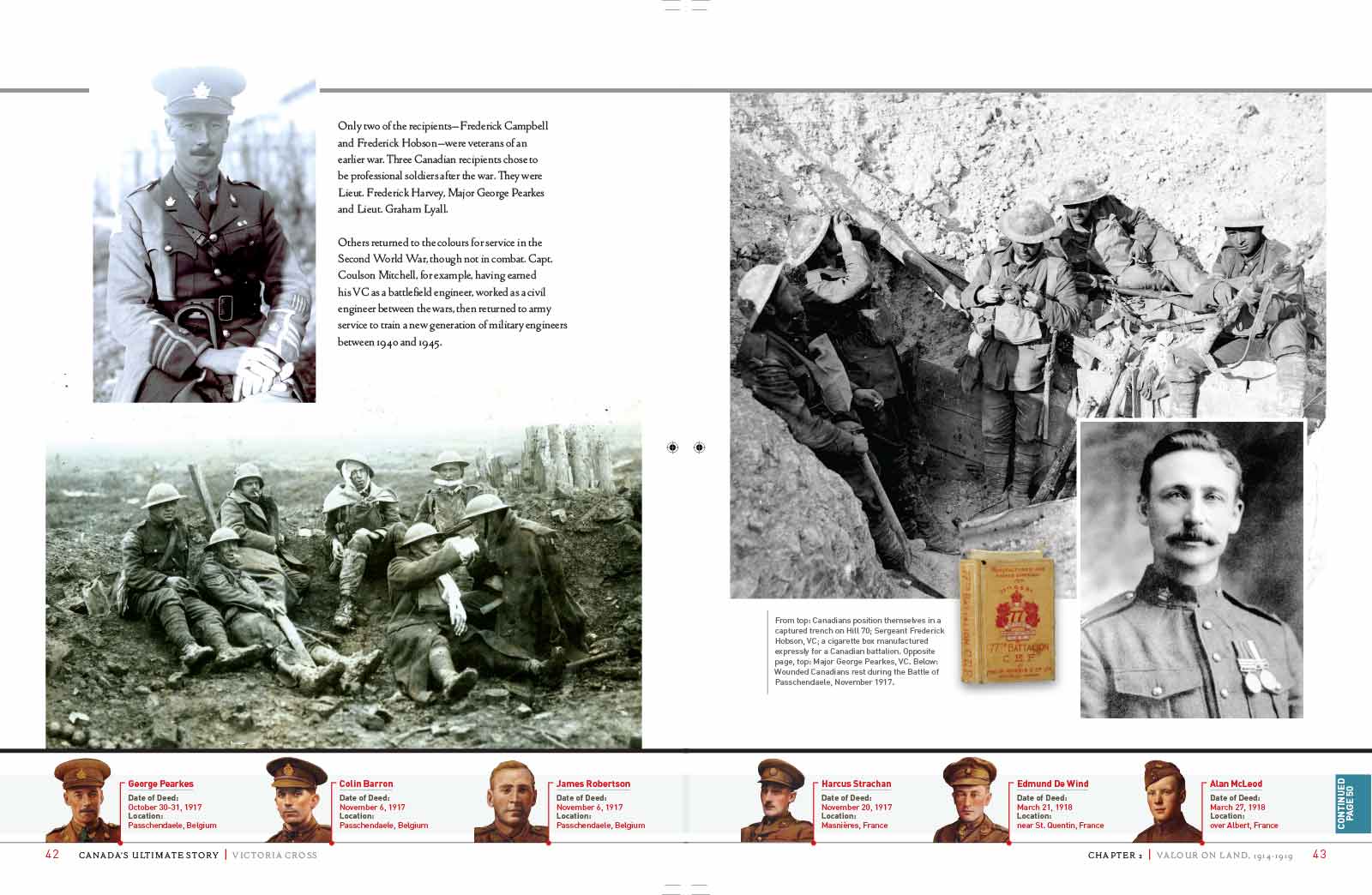 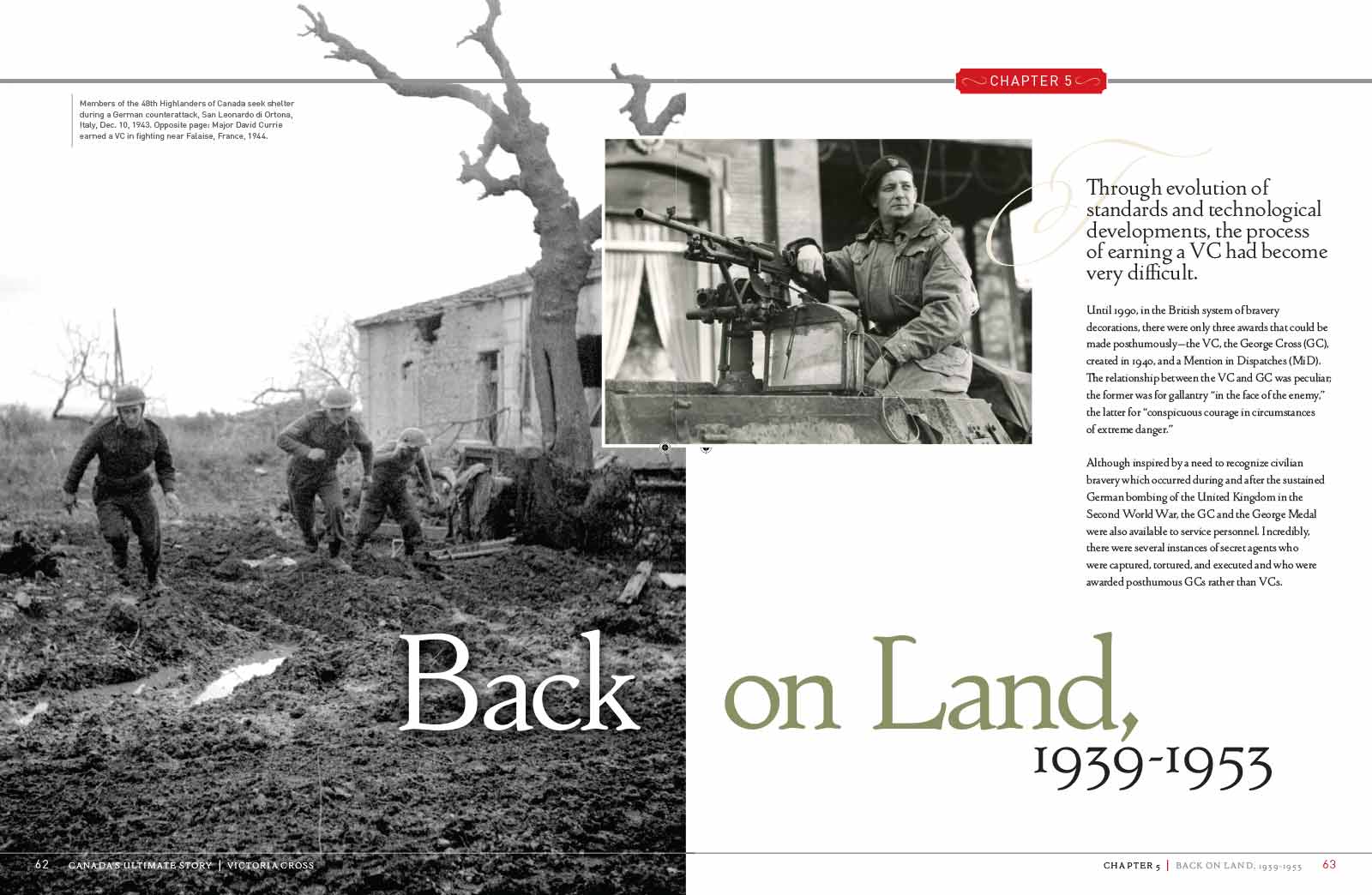